Steelers vs. 49ers, who wins and why? 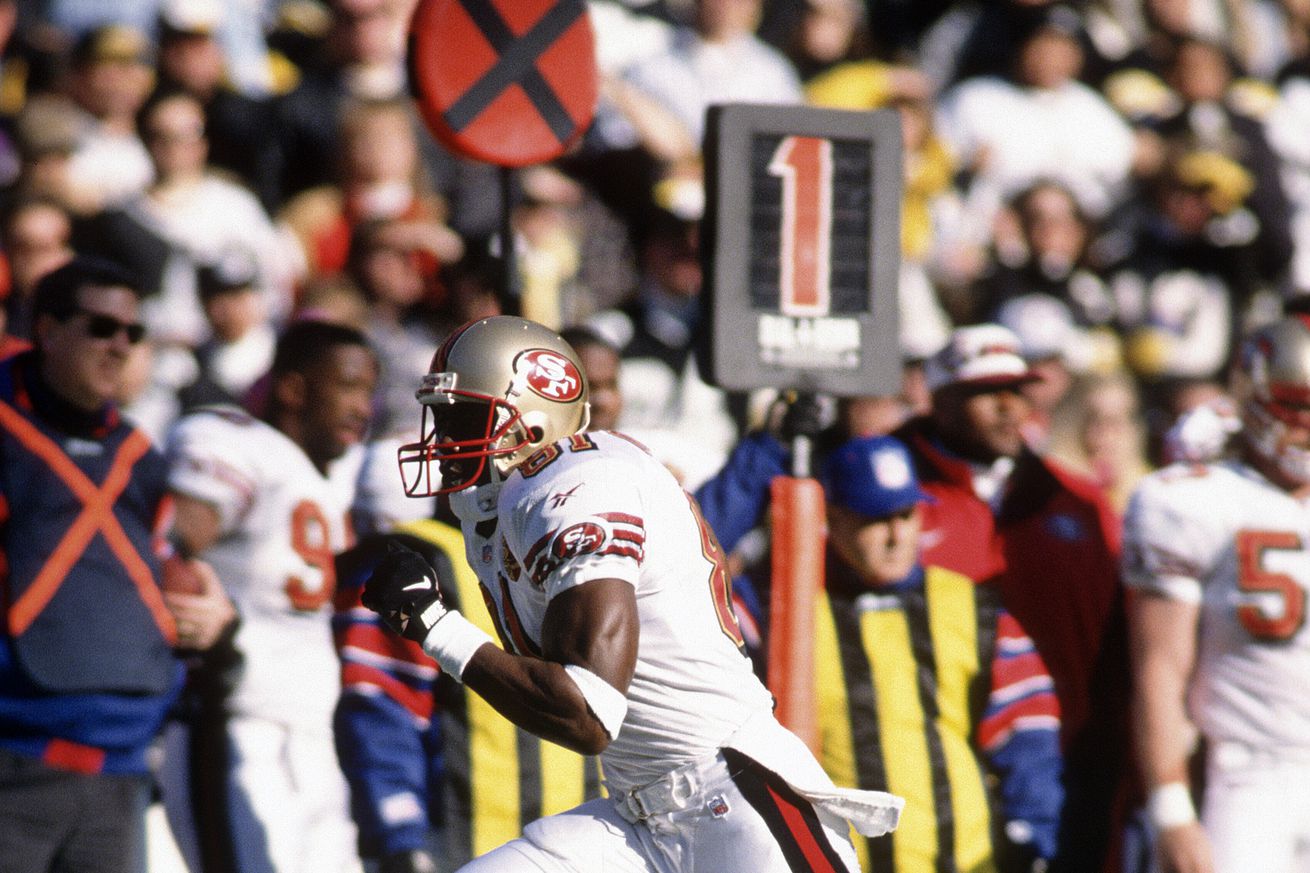 Photo by Focus on Sport/Getty Images

The 49ers haven’t been this big of a favorite in a game since 2014. The Niners Nation staff predicts the the score for Sunday’s game

As we get into the analysis for this Sunday’s game between the Pittsburgh Steelers and the San Francisco 49ers, we haven’t talked about how big of favorites the Niners are. The line has climbed to -6.5, which means the 49ers are favored by more than a touchdown. The line was jumped up four points with Ben Roethlisberger injured for the season. That’s telling that the 49ers were favorites, regardless of health.

The 49ers haven’t been this big of a favorite in a game since the final game of the 2014 season, which was Jim Harbaugh’s final game with the team. Here are our staff predictions.

Even with Big Ben out for the game, this will be the biggest challenge to date for the 49ers. I worry about the Steelers getting pressure and getting the 49ers offense off schedule. I think Mason Rudolph will hit a few big plays, but ultimately turn the ball over and that will be the difference in the game. 24-17, good guys.

You would not be wrong to label this a “trap game”. The Steelers are without their starting quarterback and have a dude who has never been on the field when the first quarter kicks off. Sure he’s a backup and he needs time to get in the grove. The 49ers do not have film on Mason Rudolph which will keep them from taking advantage of tells/bad habits and could allow for an interesting game.

But some things that have made the Steelers scary are not there. The run game has taken a huge step backwards this year and the pass game is missing a certain person (Last name: Chest, first name: Big). With their starting quarterback, they’ve been embarrassing. Without, they may have a chance depending on Rudolph’s innate quarterbacking abilities.

Niners win, 19-12. “Run-Run” Rudolph gets sacked 4 times and strip-sacked twice. A slightly sputtering run game and two big play action passes are plenty for the Niners, who play it safe against a flat Steelers offense.

3-0 heading into an early bye week? Yup, that’s right. The 49ers win again, but not as handily as they did against Cincinnati. Jimmy G and the offense continues to find a groove against a poor Pittsburgh defense. While the defense isn’t as lights out, but they don’t break. Final score 33-20.

After starting the season with two wins on the road, the 49ers will continue to remain undefeated with an opening home victory against the visiting Big-Ben-Less Pittsburgh Steelers. I expect the defense to crowd the box, and force Mason Rudolph to beat them with his arm. Meanwhile, the offense should continue to build confidence. I expect Deebo Samuel to continue to raise his stock, and the three-headed running back committee to wear down the defense over the course of sixty minutes.

This game has all the makings of a “trap game.” Ben Roethlisberger is out, Pittsburgh is 0-2, and the 49ers are flying high. Newly-appointed Steelers starting quarterback Mason Rudolph will get the nod and I think we might see more production from him than we think. Joe Staley, as we all know, is out 6-8 weeks so it will be up to rookie Justin Skule to protect Jimmy Garoppolo’s blindside which could be a tall task given the fact that he’s going against a defense that should not be scoffed at. While San Francisco is on a roll and has what it takes to win this game I think this will be loss number one of 2019 for the red and gold.

The 49ers opt to lean on the running game to protect Garoppolo in Skule’s first start. Breida and Mostert each get 150 yards from scrimmage on the way to another 49er victory.

I’ll be honest, my initial instict was to take the Steelers in this one, because they have been good for so long, and the 49ers have, well, not. But this is a new year and these are new teams. The Steelers limp into town 0-2 and missing their franchise QB, while the 49ers are preparing to defend their first 2-0 start since 2012. I look for the 49ers red hot offense to get on the board early and often, while Bosa and company shut down Mason Rudolph and the punchless Steelers offense with sacks and turnovers a plenty. Bold prediction: Both the Rams and Seahawks are upset in week three leaving the 49ers alone in first place in the NFC West heading into the bye week.