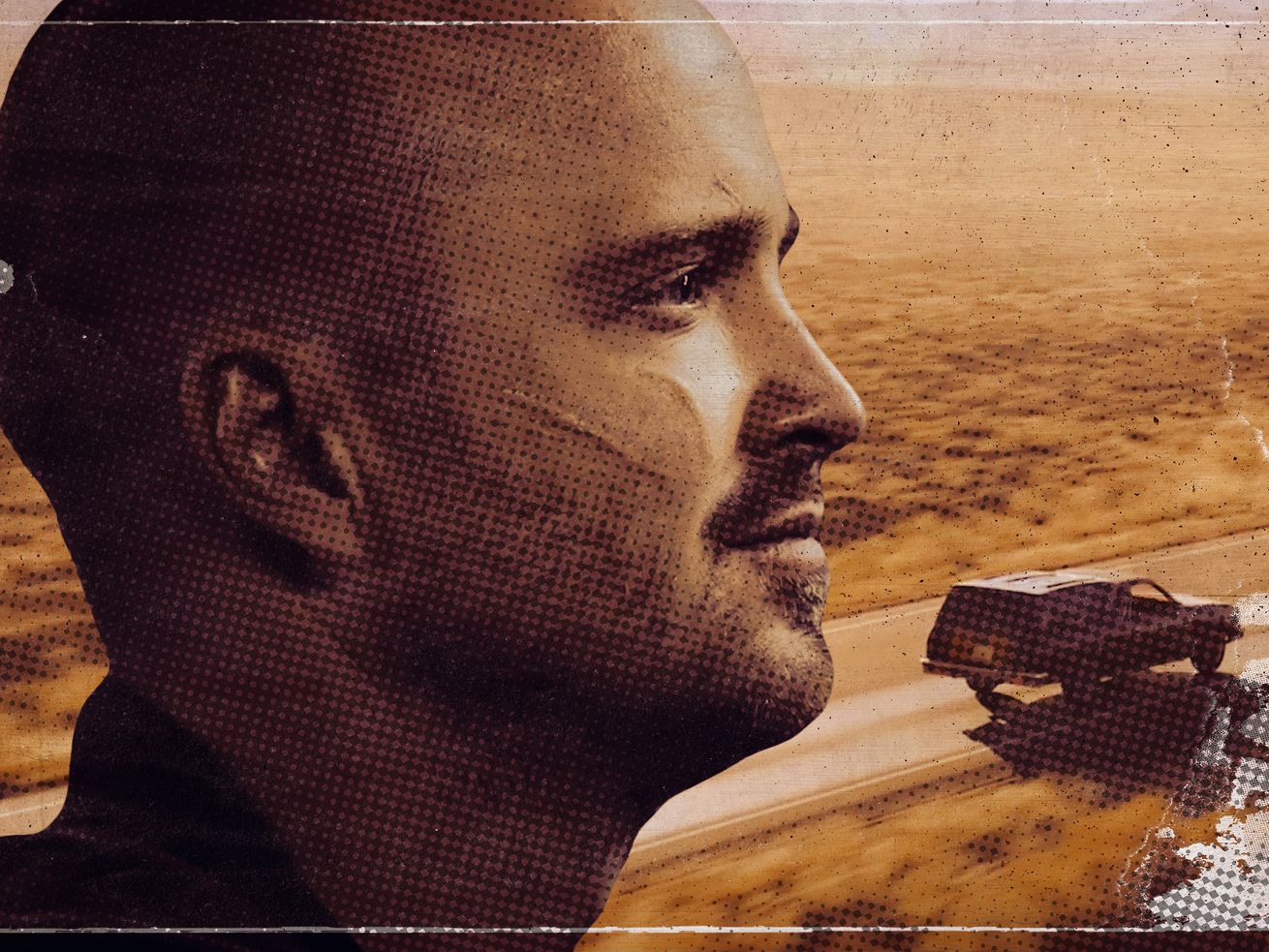 As October 11 creeps closer, the details of Jesse Pinkman’s life as a fugitive are still few and far between

On Sunday, I blogged about the Emmys commercial spot for El Camino: A Breaking Bad Movie. The footage—roughly one minute of Aaron Paul’s Jesse Pinkman parked in the desert, listening to radio reports about the neo-Nazi-inflicted carnage left in his wake in the show’s series finale—was purposefully vague, in that it didn’t reveal anything you wouldn’t have already known going into El Camino. The movie sequel takes place immediately after the events of Breaking Bad; Jesse is a wanted man on the run. (And, naturally, he’s driving an El Camino.)

“If you’re a Breaking Bad fan and already hyped about El Camino,” I wrote, “the lack of detail [in the Emmys trailer] won’t deter you from watching the film.” Well, anyway, forget about that, because on Tuesday, Netflix released a full two-minute trailer for El Camino.

While I question the release strategy here—did Netflix not want to pay for a two-minute Emmys ad spot?—the third trailer is the fullest look yet at El Camino. It is also, still, mercifully and purposefully vague. You learn that Jesse reunites with Skinny Pete and Badger—though that’s something you already would’ve expected to happen, considering Skinny Pete’s interrogation by the feds made up the entirety of the first El Camino teaser—and also that Jesse shaves his head before beginning his time as a fugitive.

We also know that “more than 10” characters from the Breaking Bad universe are expected to appear, including Mike Ehrmantraut—per Jonathan Banks on the Emmys red carpet—which is a bit of a mind fuck considering the guy was killed by Walter White in the fifth season. (Granted, Banks could just be messing with fans, in which case, we salute your trolling prowess, Jonathan.) But if the returns of dead characters are on the table then, who knows, maybe Walt will reappear for Jesse through some type of surreal vision quest in the New Mexico desert.

I kid—probably?—but El Camino invites this kind of speculation because, despite the release of three trailers (and counting??), we know about as much as we did when the film was first announced. And because of that, I maintain the sentiment that I held on Sunday night: Knowing next to nothing about this movie before it drops on Netflix will be a lot more satisfying than having most of its plot outlined in a trailer. (People complain about that shit all the time!)

The release of El Camino is only a few weeks away, so all this strategic hype-building will have a near-immediate payoff. This won’t be like watching a Star Wars trailer and having to wait half a year to see the full picture—especially because Star Wars trailers are purposefully misleading. Conversely, Netflix really doesn’t have to do anything else to sell this film. Breaking Bad fans were already going to check this thing out.

Speaking of: El Camino is going to be an absolute content machine for websites, because people sure do love their Breaking Bad. Imagine if Jesse Pinkman could read all these blogs about him. He’d be like, “Is me sitting in a car listening to the radio really worth over 500 words?” Welcome to the internet in 2019, bitch! In that sense, it’s kind of perfect that this film will be debuting right after the Emmys. The ceremony melodramatically mourned the departure of Game of Thrones, a viewing experience that might be our last piece of monoculture. It’s like the Television Academy was, in real time, lamenting our fractured TV landscape.

But the arrival of a Breaking Bad movie is, if not exactly monoculture, perhaps the closest approximation that we’ll have for the foreseeable future. The future of television is dark and full of terrors (and way too many streaming services). But at least we’ve still got two more hours with everyone’s favorite meth cook. And if that’s not enough, how many times do we need to tell you to check out Better Call Saul? Would it be too outlandish to deem Better Call Saul a better television show than Breaking Bad? (Get me on The Hottest Take!) Kim Wexler is also one of the best characters on TV, and Rhea Seehorn was absolutely robbed of an Emmy nomination.

I’m sorry, are we getting off track a little bit? Well, don’t worry, the point is that I can say with the utmost confidence that the El Camino cinematic experience will be pure, blue Heisenberg crystal, baby.

Tanking and Andy Staples on CFB