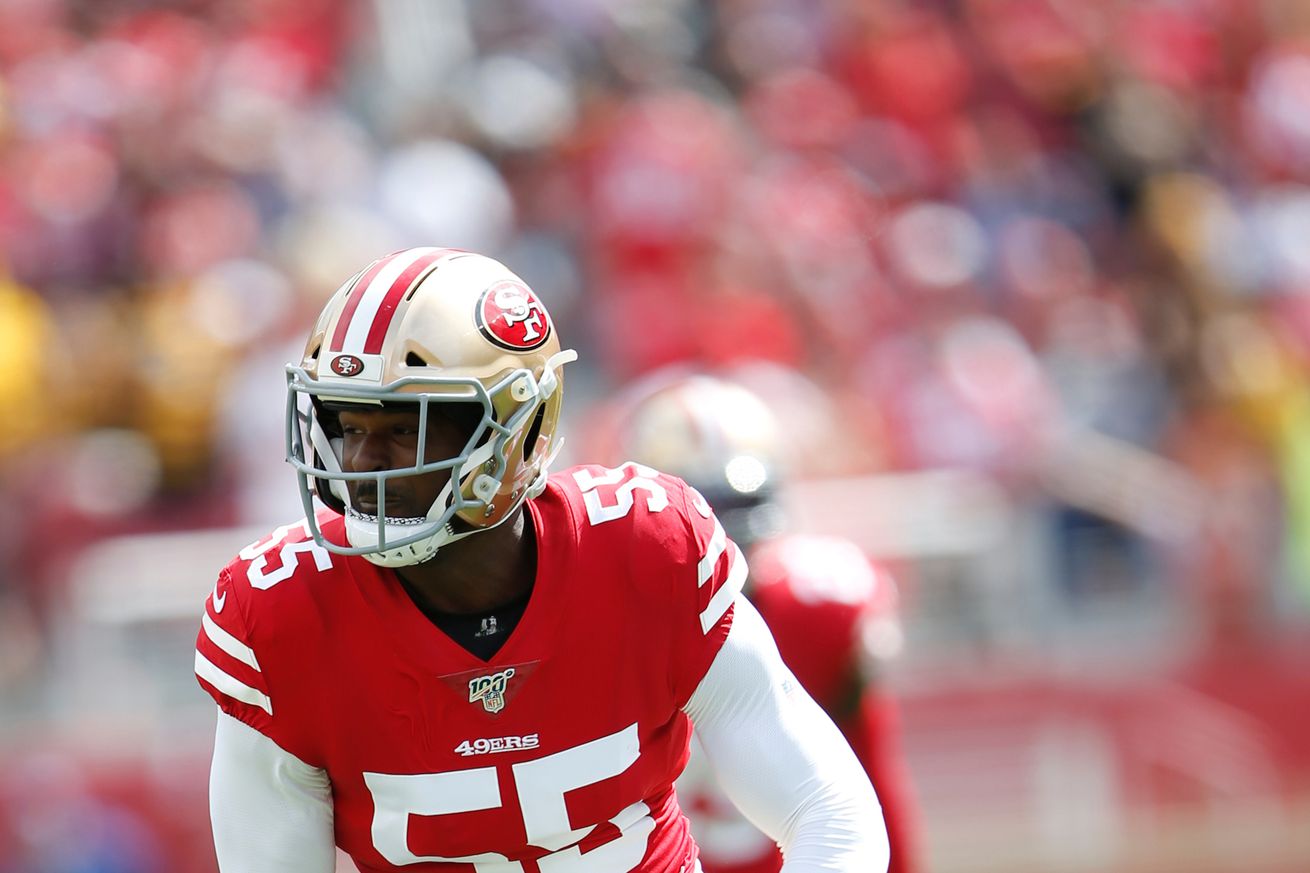 Dee Ford was limited to 16 snaps in Week 3, after experiencing knee tendonitis that may require surgery. Ford plans to play through the pain that kept him out of the preseason, and waits until the season is over to have surgery on his left knee that has been bothering him.

Ford said he has a high pain tolerance, and mentioned how he dealt with this same issue last year, too. He also said, “I didn’t expect it to come back this soon, but it’s nothing I can’t take. I’ve been through worse. The pain these players play through always amazes me. You’ll see Joe Blow call these players soft on Sunday’s after he called in from work because he had a fever.

Meanwhile, Ford played through an injury last season. Exactly a year ago, against the 49ers, he sustained a groin injury. Ford didn’t miss any time and went on to have one of the most productive seasons for an edge rusher in recent memory. Weston Richburg fought through injuries all last season as well.

The bye week should help Ford and a few other 49ers that are banged up right now. So should playing on Monday Night Football, as the team will get an extra day or two to rest. It hasn’t slowed him down when Ford has been on the field. Ford is tied for the team lead in sacks and is tied for third in hurries, despite playing at least 20 fewer snaps than the players ahead of him.

I wondered last week when Ford missed practice if this will be a weekly thing where he suits up on Sunday’s but doesn’t practice throughout the week. He all but confirmed that, saying he’ll reassess his health weekly:

“We’ll go further once we get done at the end of the year,” he said. “We’ll see what we have to do. We’ll have to do something, of course. This is nothing that’s going to hinder me this year. I’ve been through worse.”

Giants GM Dave Gettleman, who gets the last laugh, is the winner of NFL Week 3 so far

In The Spread Offense Era, Can Wisconsin Rush Its Way To The Playoff?