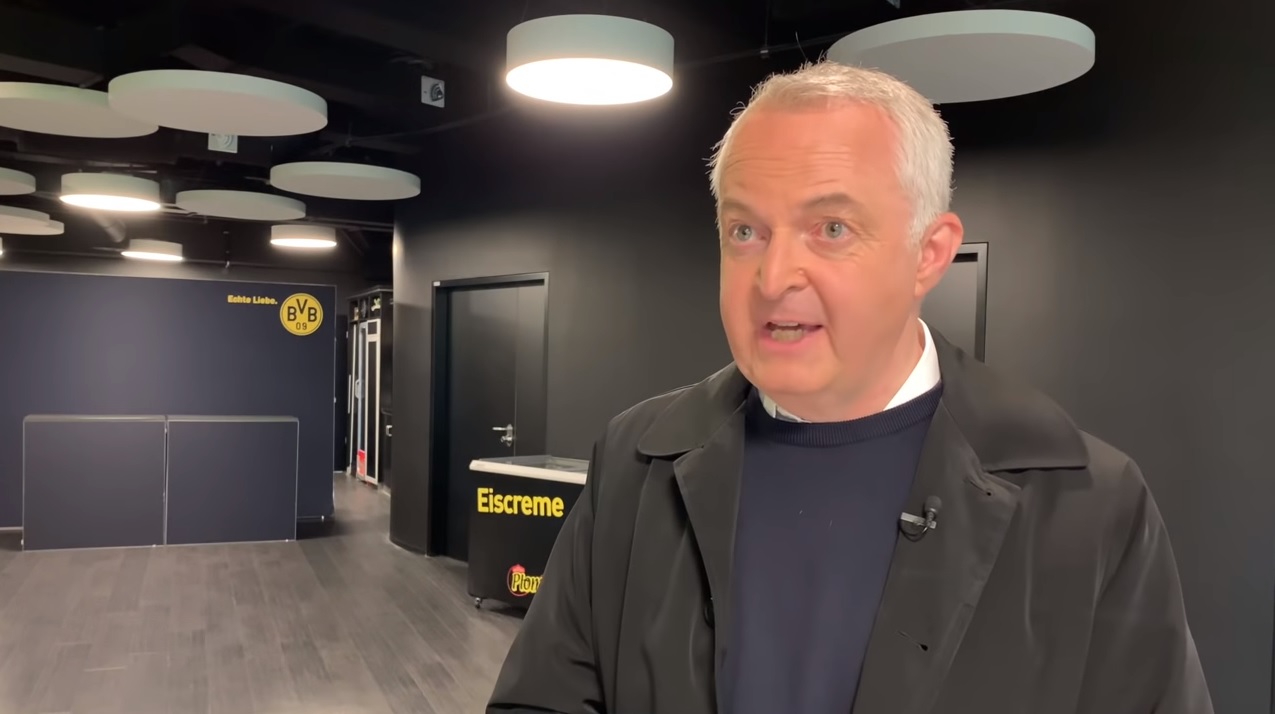 Derek Rae doesn’t sound like your traditional NFL play-by-play broadcaster. And that’s precisely why Amazon hired him two years ago for its Prime Video package of Thursday Night Football, which begins its third season this week when the Philadelphia Eagles visit the Green Bay Packers.

You’re used to seeing Rae in a variety of soccer roles, including the last two years of World Cups in the US on Fox, Premier League hosting and play-by-play duties for NBC, and English language broadcasts of German Bundesliga games for the league itself. Rae will continue to call NFL games viewable in over 200 countries alongside his former ESPN Champions League partner Tommy Smyth from Amazon’s studio in Stamford, Connecticut.

Whether you’re watching via Prime Video or Twitch, where commentary can be co-streamed by users, fans this season can tap into next-gen stats for game broadcasts through Amazon’s X-Ray technology previously only available to coaches and announcers. X-Ray will be available on all streaming devices under the “Stats by X-Ray” button, and Rae and Smyth will be integrating the data into the broadcasts.

“Fans can dive into leading edge insights like a quarterback’s average time to throw, a running back’s average yards after contact and a wide receiver’s average yards of separation, which are enabled through Next Gen Stats’ real time player tracking,” per an Amazon press release.

In 2017, Rae was on the verge of moving from London back to the U.S. and get involved in his current freelance projects, when Amazon producer Jeff Strauss⁠— with whom he’d worked previously— asked him out of the blue whether he’d ever thought about calling NFL games.

“I said have I thought about it? Not really because there’d never really been an opening for a person with my sort of accent to call the NFL,” Rae told Awful Announcing with a hearty laugh. “He said the reason I’m calling is that we do want somebody with your kind of accent, in fact specifically we want you to do it if you’re interested.”

Rae missed the first few games that first season while traveling, but that’s how he and Smyth began calling games on Amazon’s U.K. feed, or Middle English feed, as it’s sometimes called on your devices.

“Or as Tommy Smyth likes to sometimes call it, the Scottish/Irish feed,” Rae said.

Streamers have the option to watch the traditional broadcast with Hannah Storm and Andrea Kremer, Rae’s feed or the Spanish-language broadcast from Fox Deportes in addition to Joe Buck and Troy Aikman on Fox. Amazon is also debuting a 30-minute weekly pregame show exclusive to Prime Video produced by NFL Films called NFL Next, which will be hosted by NFL Network’s Kay Adams with former defensive lineman Chris Long and Next Gen Stats analyst James Koh from the new NFL Films/NFL Network Studio in Mount Laurel, New Jersey. Storm and Kremer will provide weekly pregame thoughts and NFL Next will also feature current and former players as guests.

Rae, who had a practice run with Smyth on the opening Thursday night when the Packers beat the Chicago Bears, said he enjoys preparing for NFL games just like he would any soccer match, but he finds that American football requires more specialization.

“The preparation is the same,” he said, “but the difference is that it was a new sport to me from the point of view of calling it.”

Rae has lived in the U.S. long enough to be exposed to the NFL and the way their typical broadcasters go about calling a game, and the 52-year-old Scot never thought he’d get the chance to do it.

“There was never an opportunity for someone who sounds like me,” Rae said, but Amazon hired him to sound different from Joe Buck or Al Michaels. “They hired me to sound like Derek Rae, and that’s exactly what they told me. ‘We want you to sound like you do when you call the Champions League. That’s the sound we’re looking for.’”

And Rae has found over the last couple of years that there’s a distinct demand from some fans for that different kind of sound for NFL broadcasts.

“The viewership in North America has changed considerably in the last few years,” he said, “and there are many people who like to hear their sports with a sound from across the Atlantic.”

Rae said that he’s found working for Amazon to be, as he called it, healthily laid back. He and Smyth have been encouraged to be themselves, because if people are tuning in to their feed, they’re probably doing so for a reason, which Rae said takes a lot of the pressure off them. It could be that they like the British style of broadcasting more or that some fans like different turns of phrase the pair would use that their American counterparts would not.

“I think that’s what it’s all about with Prime Video,” Rae said. “I think it’s all about choice, and it’s about letting the viewer have these options rather than just one sort of set way of covering the games.”

Compared to calling soccer matches, where something can happen at any time, Rae’s noticed that the NFL game is much more structured with far fewer surprises.

“It’s a bit more controlled because you have a play and then you have a break, a play and a break, and sometimes you have a timeout. It has a very distinct rhythm,” Rae said. “And I think in some respects that makes it easier. Where the challenge comes in is in terms of the nuances of the game, especially with officiating. And goodness knows, everyone has an opinion about officiating nowadays.”

Amazon specifically hired the duo of Rae and Smyth to re-kindle, pun intended, the chemistry they had when they called Champions League for ESPN.

“I’m more of the straight, serious type, and Tommy’s the one who’s got the stories and the funny sayings and the quirky remarks,” Rae said. “We don’t script anything for it. We really are encouraged to go on there and be ourselves, and provide coverage for the viewers around the world. And we thoroughly enjoy it. Let’s just hope we get some cracking games to cover as we certainly did last year.”

The NFL world reacts to the Patriots releasing Antonio Brown