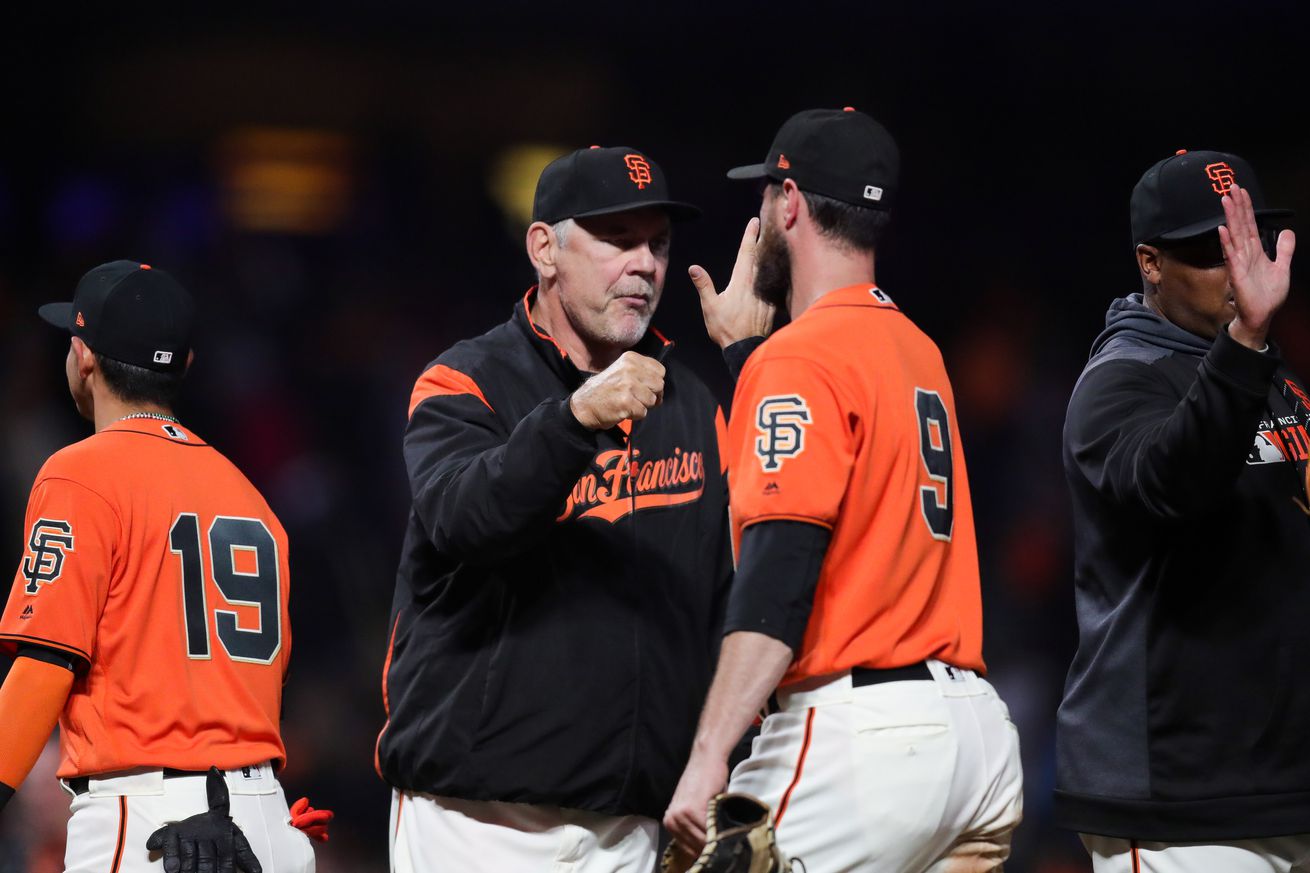 Continuing on in the theme of Bruce Bochy content (get used to it), let’s take a look at this piece, written by Alex Pavlovic of NBC Sports Bay Area who has a series running this week where he talks with Giants players who have played the longest with Bochy. Monday featured Pablo Sandoval, whose memorable parting words to the organization on his way to Boston only included warm regards for Bochy and Hunter Pence at the time. Yesterday’s featured Brandon Belt.

We all know the somewhat tumultuous road Belt has had with regards to his standing in Bochy’s book. Bochy often prefers to play veterans over rookies, which we saw in Belt’s early years. He also seemed to bench or side-line Belt by placing him in left field randomly, even as he got more experienced as a player and less the type to get benched for veterans.

According to Belt, though, there are no long-term hard feelings. When asked about past disagreements, Belt noted:

“I think that’s just a given when you’re around people constantly. You’re going to have disagreements. I think I’ve been taken out of games before or not played in certain games when I really wanted to. I’m a competitor, I want to be out there. He sees differently and he’s trying to put the best lineup out there to win a game. You take it a little personal at times but in the end, it’s not something you hold a grudge over. You understand that both sides are going out there and doing the best they can to win a baseball game.”

But things seems to be coming full circle, with Bochy seemingly having more patience for his veteran first baseman than he’s ever had before in a season where Belt really needed it.

And when asked for his favorite memory with Bochy, naturally there was only one that could top the rest:

NFL Week 3 odds and point spreads for every game