The 49ers have already matched their takeaways from the 2018 season 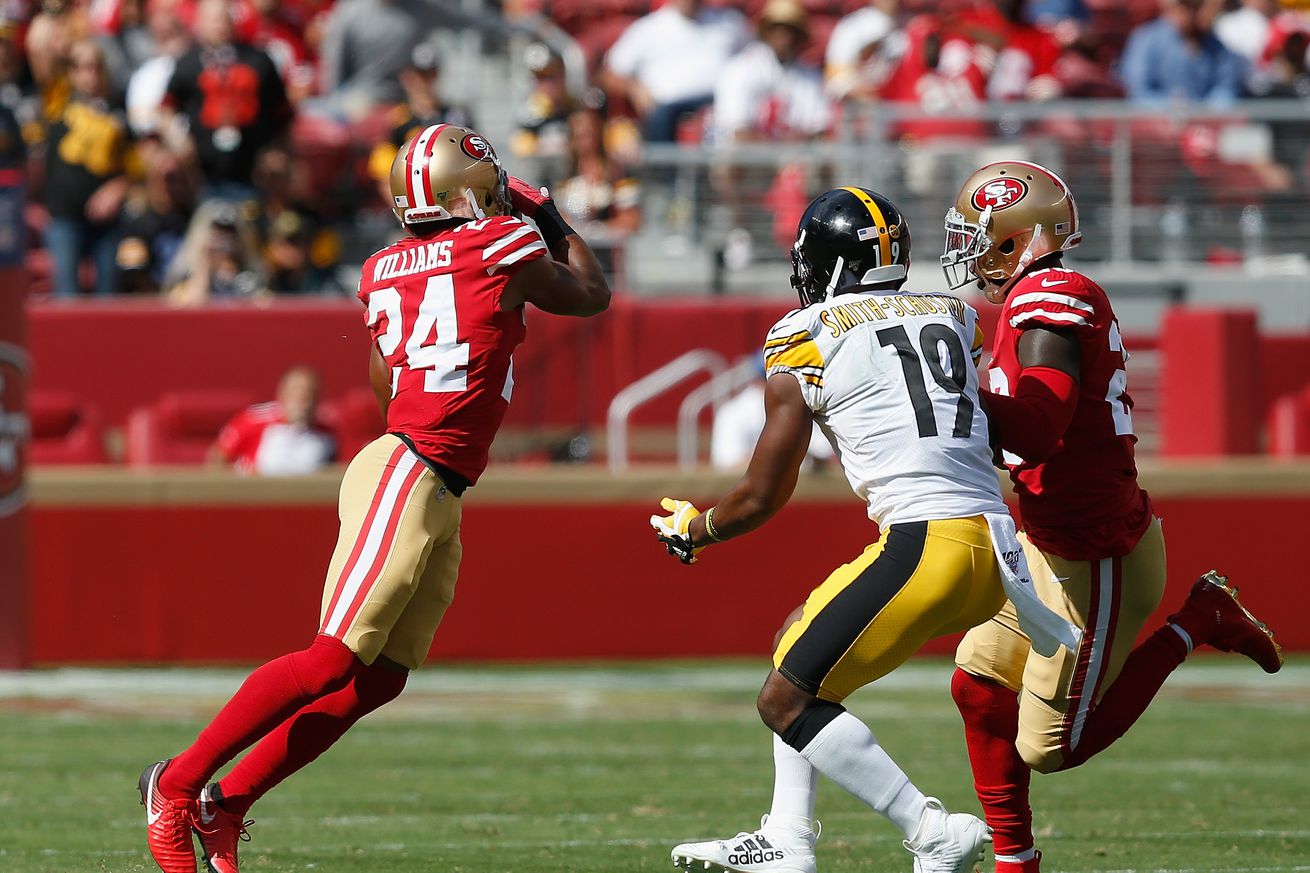 In 2018, the San Francisco 49ers had seven takeaways. The defense only managed two interceptions in an entire season, which was the worst in NFL history. Thru three games, the 49ers have matched their season takeaways from a year ago. The defense has five interceptions this season and has scored 32 points off those turnovers, which is second in the NFL. During Week 1, Ronde Barber said on the broadcast, “this team defined futility when it came to turnovers last year.” Oh, how far this team has come.

The Steelers turned the ball over twice in the second half, and aside from two plays, weren’t able to move the ball consistently against the 49ers defense. One thing this unit has done in three games is to make life difficult for opposing offenses. That’s tough to do in today’s NFL. Defense is all about timely stops and turnovers. Heading into Week 3, the 49ers defense was tenth in drive success rate at 66%. That number measures the percentage of down series that result in a first down or touchdown minus the drives where the offense takes a knee. Pittsburgh didn’t get a first down on eight of their 13 drives Sunday. On two other drives, the Steelers only managed to pick up one first down.

For the situations the defense faced on Sunday, they were outstanding. It’s incredible that they only gave up 20 points. Let’s relive each turnover from this season.

Seven turnovers for the 49ers defense thru three games. That matches their season total from last year. Seven different players have a turnover. Here are all of them. pic.twitter.com/orSjZX685c

That’s seven turnovers by seven different players. Robert Saleh has to be proud.

How much money will the Patriots have to pay Antonio Brown?