Jason Garrett press conference: Penalties need to be cleaned up 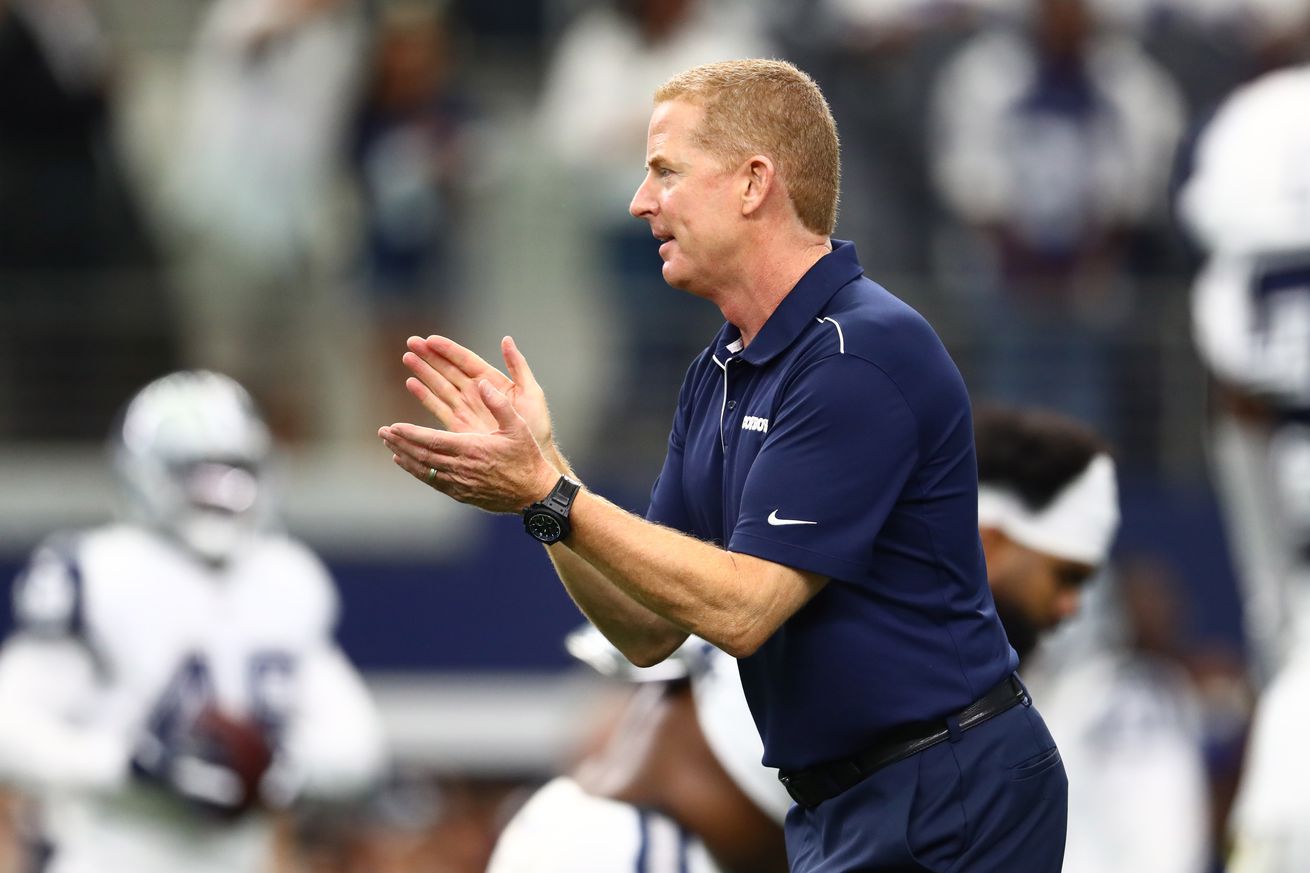 The head coach took to the podium on Victory Monday.

The Dallas Cowboys won on Sunday and are now 3-0. On the day after their latest win head coach Jason Garrett met with the media to discuss everything going on with America’s Team.

We’ve got a recap of Jason Garrett’s answers (all answers are paraphrased and not actual quotes).

Thoughts on the Cowboys being able to pinpoint areas to attack

The Cowboys have done a great job of attacking opposing defenses this season but Jason Garrett was firm in that the team is simply focused on being capable of playing the way that they know that they can. He said this is what happened against the Dolphins.

Dak in the third quarter

Dak Prescott has literally been perfect throughout the third quarter this season and a lot of people have attributed this to great halftime adjustments. Jason Garrett noted that the coaching staff is talking throughout the entire game after every play and adjusting on the fly, it’s not something that only happens at halftime. That’s good to hear.

Chidobe Awuzie “did some good things” against the Dolphins

Asked for his thoughts on how Chidobe Awuzie played against Miami the Cowboys head coach kept it pretty down the line. He noted that Chido did make a play in the endzone to prevent a touchdown but acknowledged that everybody has room for improvement.

The Cowboys rookie running back had his first 100-yard game and touchdown against the Dolphins and Jason Garrett was quite complimentary of him. He noted that Tony had “a number of good runs” against the Dolphins and also talked about Ezekiel Elliott also had success. He then threw kudos in the direction of the offensive line for keeping things all the more functional for everyone.

Challenges for defense with a lot of run threats

Dallas had the two 100-yard rushers in Elliott and Pollard, but they also had Dak Prescott score on the ground. Jason Garrett discussed how this adds to the versatility that the Cowboys have and that you never want to be a team that can only do one thing. Obviously this makes the team more challenging to defend.

Dak Prescott noted that he was a little too “greedy” on his interception against the Dolphins. Jason Garrett discussed how Prescott has done a lot of great things as the Cowboys quarterback but he’s also limited how many bad things that he’s done. He cited Dak’s maturity, poise, and mental toughness to be able to handle both success and adversity.

Jason Witten was given some props by Dak Prescott for some information regarding a blitz throughout the game. Jason Garrett noted that Witten is “extraordinary” at being able to communicate like that throughout the game, but he also said that Dak is extremely good at it as well. Having that type of execution available from multiple players is a very good thing.

Robert Quinn’s spirit off of the field

Jason Garrett called Robert Quinn “a real pro” which is something he says a lot. He noted that Quinn is a great person and felt like they had a “really good feel” for the end’s football character and praised him for the type of person he’s been since joining the Cowboys. He talked about Quinn embracing coaching, competing, and contributing in a lot of ways.

The Cowboys saw Trysten Hill play a game for the first time in his career and Jason Garrett gave the defensive tackle some props for playing hard. He did acknowledge that there are some things for Hill to work on and clean up, but overall he seemed pleased.

Penalties need to be cleaned up

Jason Garrett spoke about the Cowboys having to focus on penalties because they limited big plays that they were able to make and allowed Miami to continue drives at different points. He stressed wanting to keep them to a minimum.

The Cowboys have had success on third downs on both offense and defense and this is definitely something that Jason Garrett is aware of. He talked about how important the down is but also how important it is to be successful on first and second down to set it all up.