Monday Night Football Thread: Has Trubisky made the Bears unwatchable? 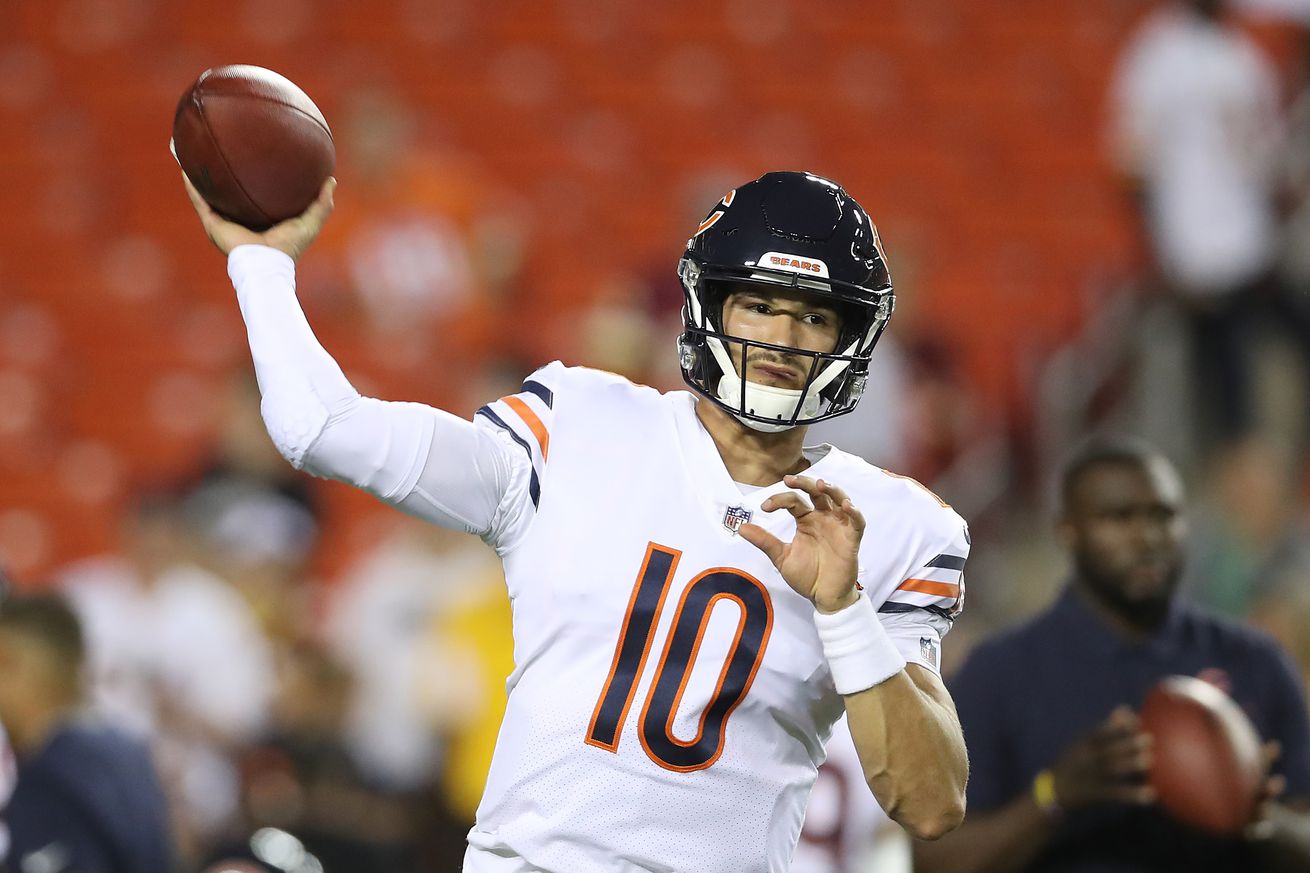 Tonight’s game will not pleasant for you QB gurus

The Chicago Bears are on the road against Washington tonight in what some are predicting will be Case Keenum’s last start. That feels like a stretch, but that would mean next week we see Dwayne Haskins go against Daniel Jones in the battle of rookie quarterbacks. The Bears continue to have one of the better defenses in the NFL, and on offense, they have plenty of skill players to surround their quarterback. The problem is their quarterback.

Trubisky has had a nightmare start to his third season in the NFL. Missing wide open throws, and not looking like he sees the field well. I feel for Chicago fans that have to watch him every Sunday because it’s rough. Naturally, Trubisky will throw for four touchdowns tonight, while Keenum does the same to quiet the Haskins rumors.

The Bears are favored by five points, with the total on this game at 42. Vegas is predicting somewhere along the lines of a 24-17 win for the Bears. Who do you think pulls this off?

Poll: Should The Mets Replace Mickey Callaway This Fall?