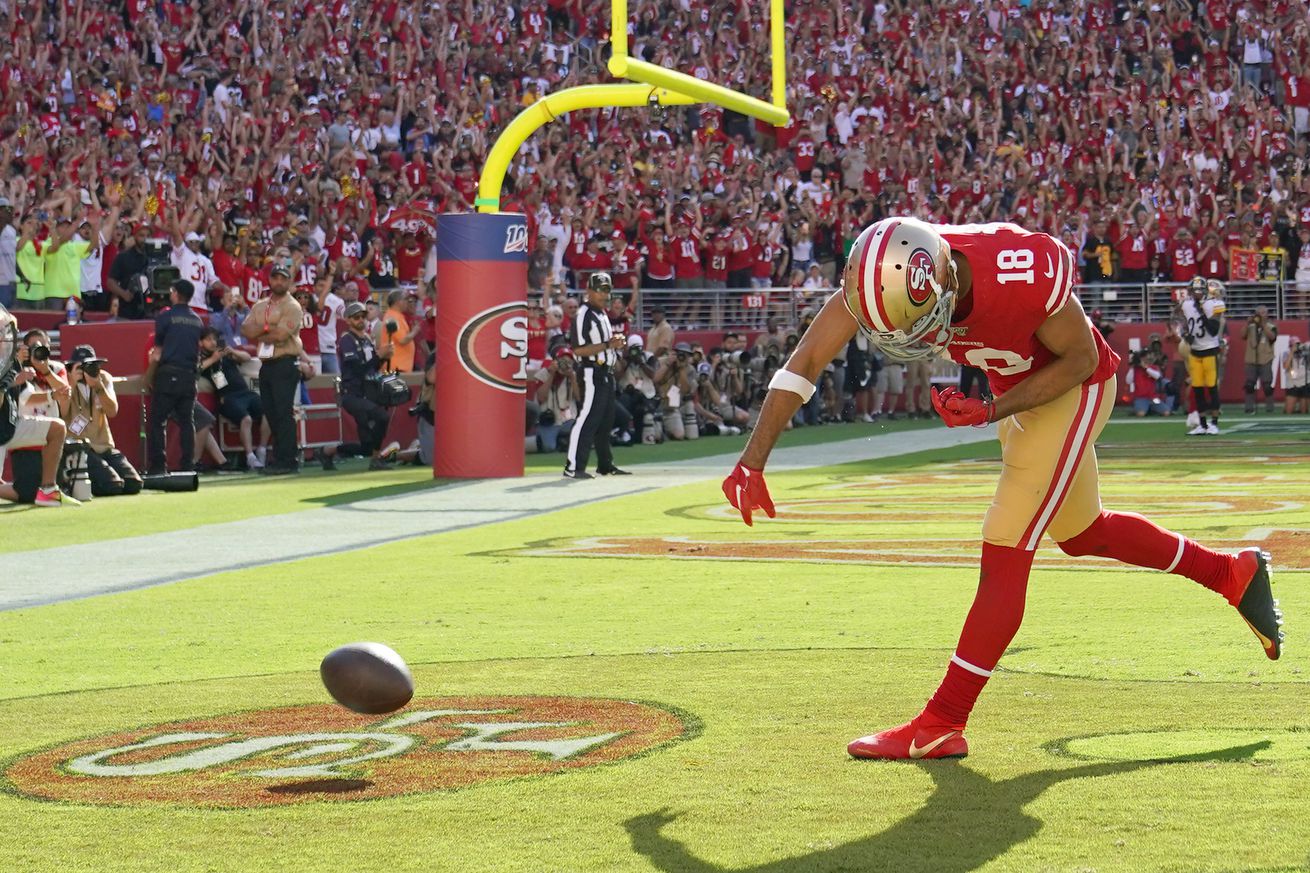 A lot has been said about Dante Pettis and Shanahan’s tough love approach towards him. I have mostly tried to stay out of it because I am a big Pettis fan, and I truly have no idea what has been going on behind the scenes. That hasn’t stopped everybody else from offering their opinions and in today’s social media driven world, you cannot expect a young guy like Pettis to remain blind to all the criticism. I suspect that is a part of the explanation, I mean I would struggle under the weight of all that negativity too, but that TD on Sunday must have felt good. I expect we’ll see a different Pettis after the bye, a freer more locked in Pettis. One thing is for sure though, his teammates love him. Here’s what Jimmy Garoppolo had to say:

“Dante is phenomenal in practice. I know you guys aren’t seeing all that but he battles his ass off in practice. He has a great mindset of just when his number is called, he’s ready. So you got to appreciate a guy like that. It’s just having all that competitiveness and everything. You love to see that as a quarterback because you can trust that guy.”

Then there is this:

Everyone wanted a piece of the TD hero @dmainy_13 pic.twitter.com/JDfVj9klhK

In other news, resident wrestling fan, George Kittle, got a nice little surprise via twitter:

IF YA SMELLLL what the NINERS are cookin’.. a long hard road ahead, but 3-0 is a helluva start. Keep havin’ fun boys. #eastbay #peopleschamp #peoplestightend @gkittle46 @49ers https://t.co/sSYqAwsdXw

Alright, enough of the tweets. On to those links...

Stats and Facts: 49ers Turn Steel into Gold in Victory Over Pittsburgh (49ers.com)

The Winners and Losers of NFL Week 3 (Roger Sherman, The Ringer)

Cardinals cut WR Michael Crabtree after one month (Jeremy Bergman, Around the NFL)