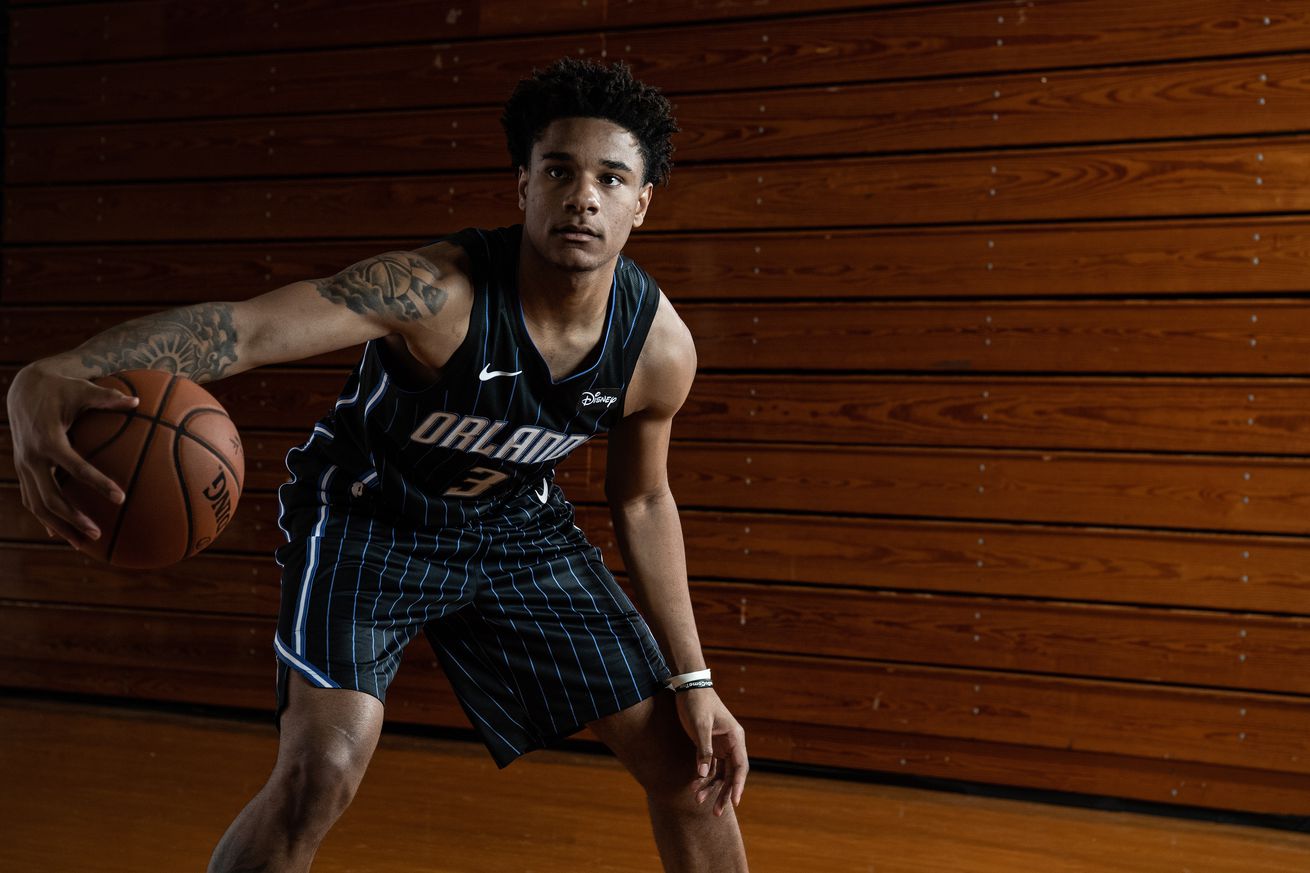 We have that and more in Tuesday’s NBA newsletter.

Please explain to me how the Orlando Magic are not guilty of circumventing the NBA salary cap.

The Magic drafted Chuma Okeke, an Atlanta-born two-year forward for Auburn, No. 16 overall in the 2019 NBA Draft. He never signed his contract this summer. It turns out Orlando had alternate plans all along. Okeke had torn his ACL in the NCAA Tournament; the Magic wanted to red-shirt him this season.

Now, players sit out their rookie seasons while recovering from injury all the time. Ben Simmons did it. Joel Embiid did it ... for two seasons! Harry Giles did it. Blake Griffin did it. Nerlens Noel and Greg Oden and Julius Randle all did it. But all of those guys still signed their rookie deals shortly after being drafted, which means they got paid an NBA wage while recovering.

The Magic did not offer Okeke his rookie deal. Instead, he’ll sign a G League deal for this season and sign his rookie deal next summer, per The Athletic’s Shams Charania. That will save the Magic money this year and start Okeke’s four-year clock once he’s (we assume) healthy. He can’t become a free agent until 2024 now, unless he gets waived or a team option gets declined early.

Again, how are the Magic not circumventing the salary cap by pulling this? They are literally circumventing the salary cap to retain rights to a player without offering him the contract due to him as the No. 16 pick. He’ll make more than $2 million less this year because of the Magic’s hijinks. If he turns out to be a good NBA player, he is subtracting a year of pro earnings from his career by delaying future paydays. There’s been no mention of what guarantees Okeke has that the Magic will extend that rookie contract next summer even if Okeke has an injury setback this year.

Okeke is apparently on board with this move. Why? What did the Magic offer, promise, threaten, guarantee? And why isn’t that (and all of this) considered circumventing the salary cap, given the NBA Board of Governors renewed interest in enforcing all of the rules on the books?

I hope Okeke’s camp talked to Josh Huestis, the Stanford product who was drafted No. 29 by the Thunder in 2014. OKC had a plan to red-shirt Huestis in the G League -- not due to injury, but to stockpile a young player and hold off on starting his clock -- and withhold his rookie deal until the summer of 2015. Huestis did sign his deal in 2015, and didn’t get much NBA playing time until 2017-18. The Thunder then declined his fourth year option. Huestis spent the year in the G League with the Spurs’ affiliate. Now he’s playing in Europe. Taking one for the team back in 2014 meant Huestis spent four years with the Thunder organization but only got paid NBA wages for three, and meant he ended up out of the NBA within five years anyway. Some deal.

Chris Herrington of the Daily Memphian reports that Andre Iguodala won’t hang out with the Grizzlies during camp or the season while Memphis continues to weigh ongoing trade offers for the prized veteran. Teams hoping the Grizzlies will just buy him out appear to be sadly mistaken: Memphis is playing this exactly right, especially by letting him stay home to avoid incessant trade questions and take focus off Ja Morant, Jaren Jackson, and the team’s young core.

Iguodala has proven to be enough of a hot commodity it doesn’t make sense for the Grizzlies to buy him out but it also doesn’t make sense (yet!) for other teams to make legit trade offers for him. It’s probably best for everyone but Iguodala to let a few weeks of the regular season shake out and see where we’re at. Surely, Iguodala would rather be on the court. But this is what happens when you re-sign with teams facing financial pressure at the end (maybe) of a long title run.

I wrote about LeBron’s impeccable timing saving the Lakers from falling behind the Clippers on the attention market.

Derek Fisher benching Candace Parker in an elimination is pretty fricking weird, but Matt Ellentuck writes that it shouldn’t define the Sparks’ season.

Howard Megdal’s latest WNBA mock draft gets into why Sabrina Ionescu is such a game-changer for the New York Liberty.

Michael McCann on the legal implications of tampering rules.

Masai Ujiri spent his championship summer touring Africa, telling people he met that they too can thrive in the NBA.

Rest in peace to Andre Emmett, a beloved Texas Tech player who was most recently in the BIG3.

Hug someone you love. Be excellent to each other.

Gatekeepers of the Void: On Award-Winning Docs ‘Honeyland’ and ‘143 Sahara Street’