Watch Marquise Goodwin get last place in a race 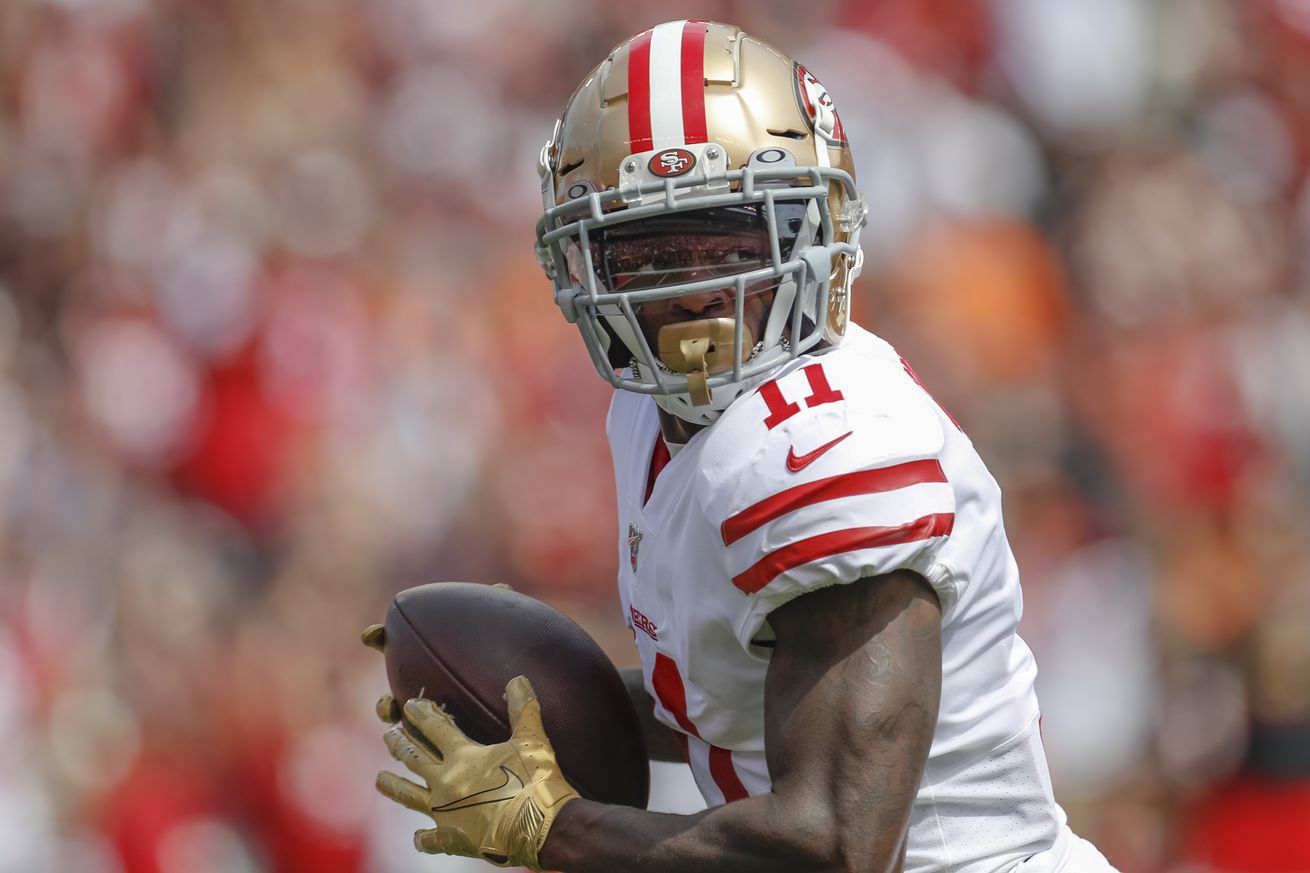 This guy was an Olympian. Was.

Of all the videos we could show right now, the best one is to show Marquise Goodwin getting beat. By a kid. We all know Goodwin as being a fast wide receiver and also his background as an Olympian. Well all of that is in the past now, yes all of it, because he lost a race. He didn’t just lose, he came in dead last. Roll it:

Benny and the jets!

For those of you curious, Benny Rodriquez got to race his favorite 49ers player, Goodwin and also show Goodwin what’s up but making Goodwin eat his dust. This along with the other kids showing up was made possible by the Bay Area chapter of the Make-a-Wish Foundation.

There’s Kittle and Jimmy Garoppolo egging the kids on too. I don’t think Goodwin will come across more capable competitors in his life.

Speaking of Goodwin, he’ll get to race kids again, since he has one of his own on the way:

Marquise Goodwin announced via Instagram that him and Morgan are expecting! Congratulations Goodwins!