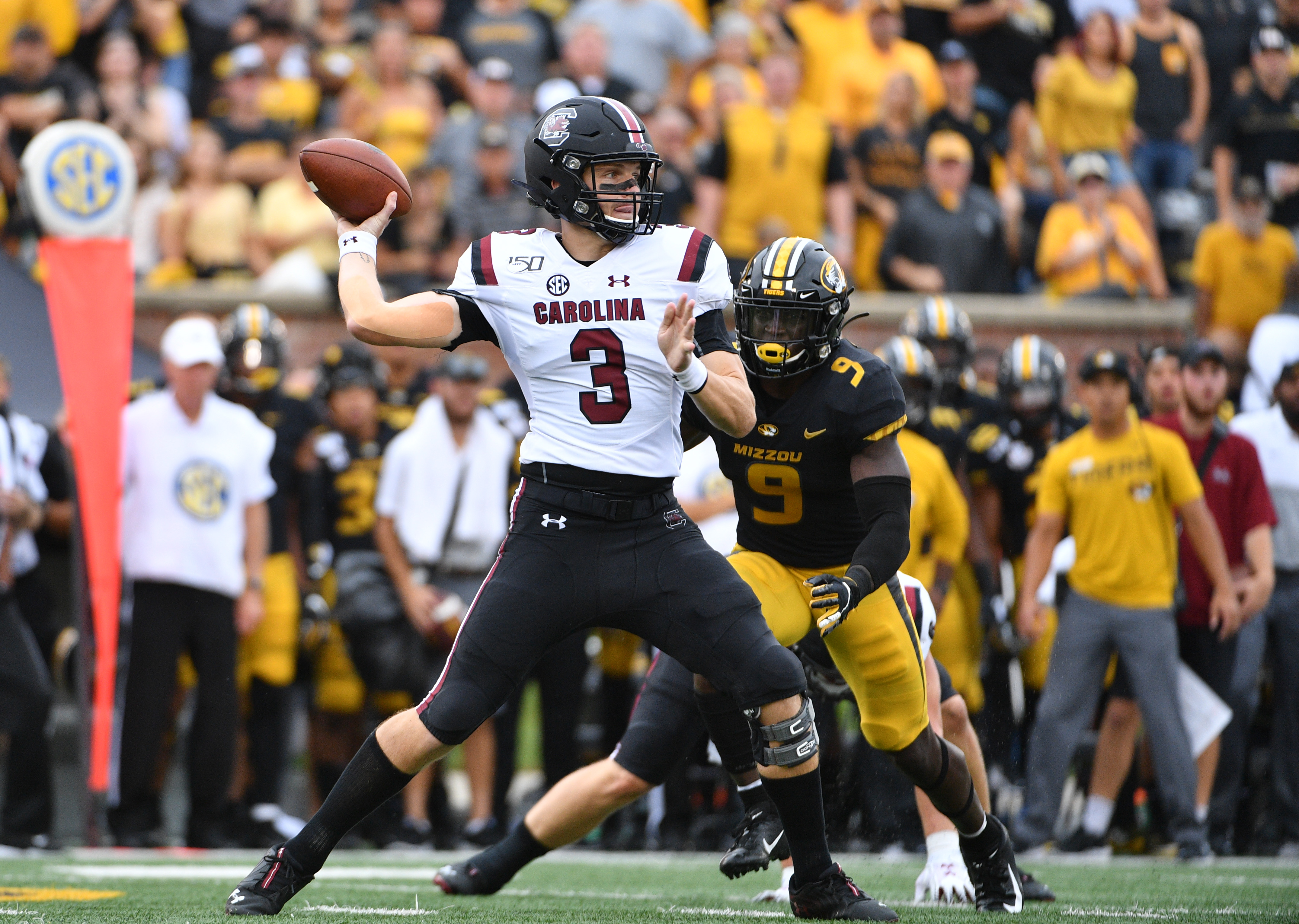 These are not great times in Columbia, South Carolina for the local football team. The South Carolina Gamecocks are 1-3 on the season so far and have a particularly punishing SEC schedule ahead of them. So it’s not surprising that the local press is going to take shots at the team’s performance. But a headline following Saturday’s loss to Missouri went way over the line.

The Gamecocks were barely competitive in a 34-14 loss to the Tigers this weekend and quarterback Ryan Hilinski had a particularly bad day, going 13-for-30 for 166 yards and no scores. On the field, it’s been a tough slog for Hilinski all season long.

Of course, the freshman quarterback is likely keeping it in perspective. He’s not even two years removed from January 16, 2018, when his older brother, WSU quarterback Tyler Hilinski, committed suicide. When it was later revealed that Tyler suffered from stage one chronic traumatic encephalopathy, the Hilinski family created a charity called Hilinski’s Hope, dedicated to destigmatizing mental illness. A powerful bonus of Ryan’s position is that his college football games are also opportunities to promote the organization and their purpose.

Mizzou Football is playing South Carolina this Saturday and we would like to show support for the Hilinski family and @HilinskisHope. Join SAAC in raising awareness and breaking down the stigma behind mental illness by signing the banner throughout all dining hall hours this week pic.twitter.com/3V8e6m94Nd

Sunday, The State Newspaper, the local paper of record in the South Carolina capital, decided to go with a headline for their game recap that seemed in extremely poor taste, referencing the charity, directly or indirectly.

The pushback against the headline was swift and strong. Thankfully, so was The State’s reaction to remove the headline and issue an apology as an Editor’s Note up top.

Editor’s note: Our sincerest apologies to the Hilinski family today for the unfortunate headline in our print edition today. Hilinski’s Hope works to raise awareness about mental health issues, especially for student-athletes. Although the connection between the headline and the foundation was unintentional, there is no excuse for such poor wording and we have reached out to the family and university to express our regrets.

After continued feedback and questions from readers, The State’s editorial staff also took to Twitter to explain the process in which that headline came to be. They also implied that the copy editor in charge of the headline may not have been aware of Hilinski’s Hope.

A followup because we are getting questions about how our headlines are written: All of our local content is of course generated by staff writers based in Columbia and edited by local editors. The headlines that appear online are written by either the reporter or editor. /1

The print editions of our company’s newspapers in both  South Carolina and North Carolina are put together by copy editors based in Charlotte. They handle duties such as trimming stories to available space, editing photo captions and rewording long headlines /2

into the space made available by the design of the page. In this situation, the copy editor chose to highlight in the headline the reporter’s wording in the first paragraph about the renewed hope Ryan Hilinski’s performance had brought to the team. /3

Again, we offer this only as an explanation for transparency’s sake. There’s still no excuse for what happened here, and we are deeply sorry. /4

No one from Hilinski’s Hope appears to have commented yet. Hopefully, this was in fact just a careless oversight and not a pointed jab. Either way, The State made the appropriate moves after the fact and we’d imagine you’ll continue to see plenty of support for Hilinski’s Hope locally and nationally throughout the season.

Gatekeepers of the Void: On Award-Winning Docs ‘Honeyland’ and ‘143 Sahara Street’