Sherman on the 49ers roster: I think we’re good with what we have 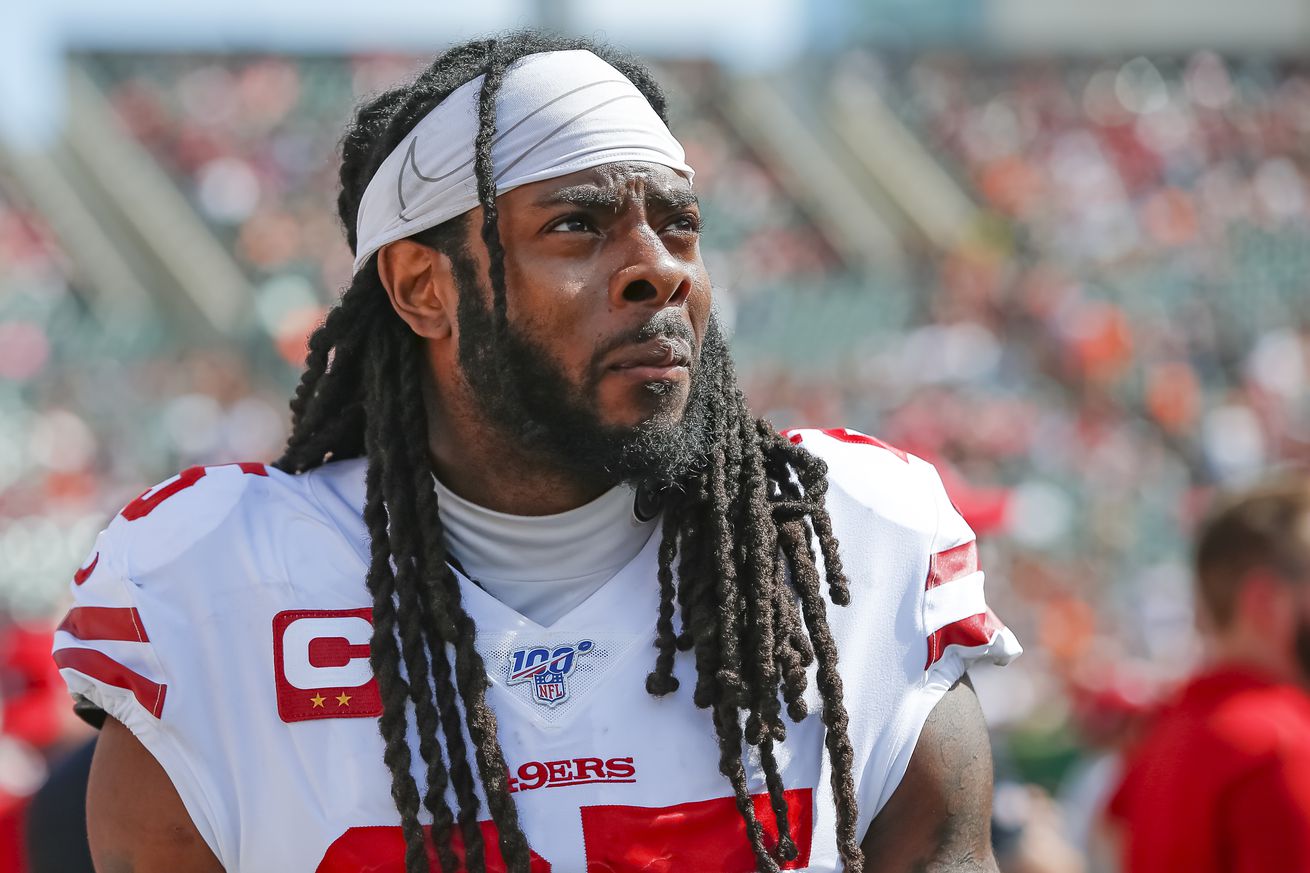 Whenever a player is rumored for a trade, every fan wants to make a deal that includes their team. When it’s an elite player like Trent Williams or Jalen Ramsey, you have every right to want them on the San Francisco 49ers. This is a business of adding talent, and those two are as talented as it gets.

The media attempted to get Sherm to talk about Williams and Ramsey, it didn’t work.

“(We are) really confident in our guys at every position. It’s unfortunate we had an injury at tackle, but fortunately we’ll get Joe back at some point in the season and we believe in the guys we have to hold down the ship until he comes back. I think we’re really confident in our DBs and our corners, our linebackers, our D-line, our O-line, our backs, our quarterback, obviously, and our receivers. So we’re ready to go.”

General Manager John Lynch was on KNBR Thursday afternoon, and he called Ramsey “a heck of a football player,” but wouldn’t go into detail to avoid tampering fines.

I’m fascinated to see what Kyle Shanahan has up his sleeve to protect Justin Skule. I would also love to be a fly on the wall in those team meetings as they discuss their options at tackle. We’ll find out soon enough how much confidence Shanahan has in Skule. If nothing on offense changes, that will be a great sign. If there is plenty of George Kittle and Kyle Juszczyk chipping defenders and helping Skule, which I expect, that would signal the 49ers don’t think Skule is ready. They drafted him in the sixth round in the 2019 NFL Draft. That’s not a knock on Skule. He may need more time.