The Giants are a bad base-stealing team 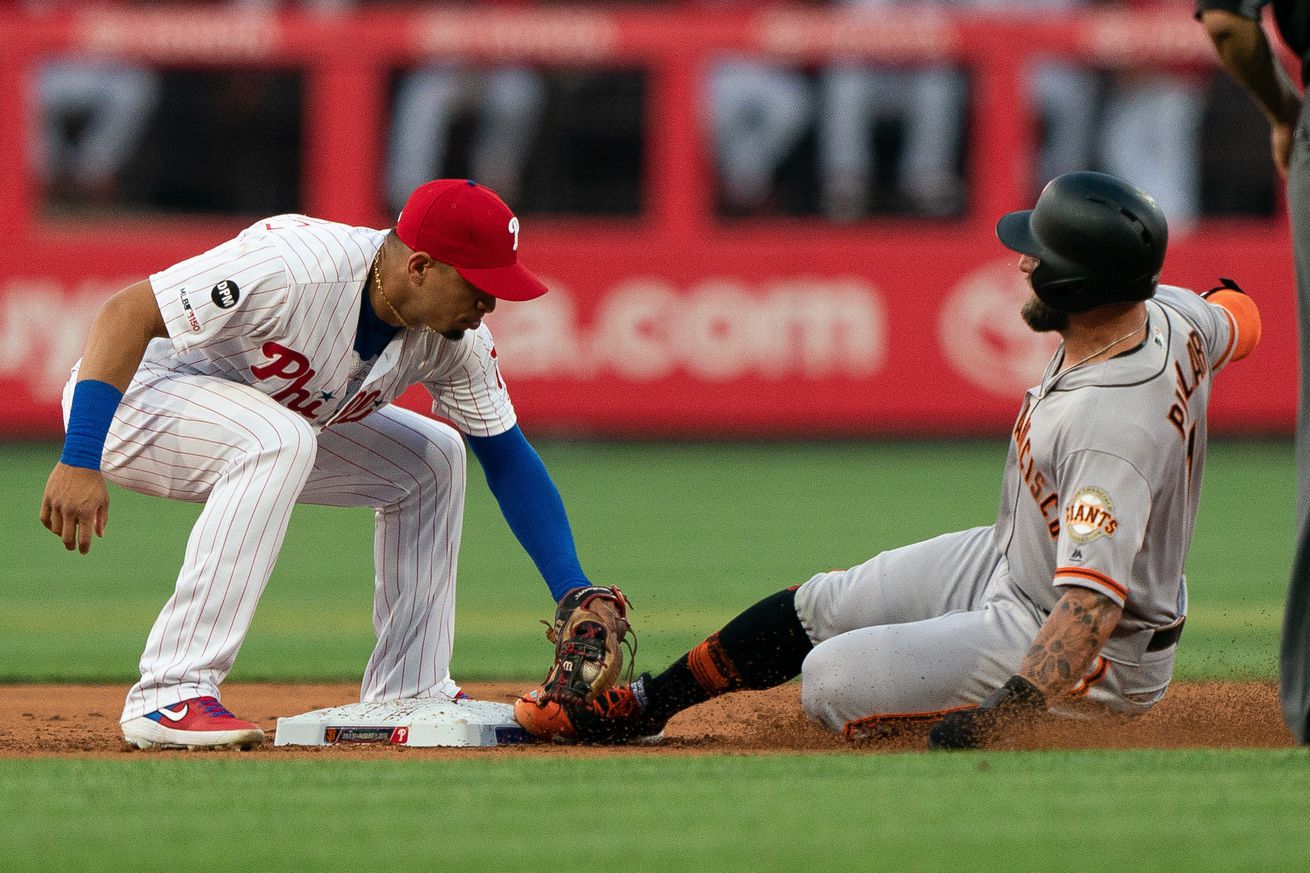 The Giants may have the second-fewest steals in the majors, but at least they get thrown out a lot, too.

We know that the Giants aren’t a fast team. Their core is comprised Buster Posey, Brandon Crawford, and Brandon Belt who all rank among the slowest runners at their position. As such, the Giants haven’t been stealing a ton of bases. Kevin Pillar is leading the team with 12 swipes. Tied for second are Brandon Belt and Joe Panik with four apiece. The top three base stealers on the Giants have combined for fewer steals than Trevor Story.

Altogether, the Giants have combined for 41 steals this year. There’s a decent chance Ronald Acuña Jr. ends up with more steals than the entire Giants team. Heck, Mallex Smith probably has that in the bag. Players like Acuña and Smith are a rarity in 2019. Stolen bases across the league are down to 0.5 per game which ranks in the 35 percentile* of all baseball seasons according to the Baseball Gauge.

In terms of steals, 2019 is a far cry from the 1980’s when Rickey Henderson, Tim Raines, and Vince Coleman roamed the earth, but steals aren’t as rare as they were in the 1930’s. Still, the Giants don’t steal a lot compared to their contemporaries. The Giants rank 29th in the majors in stolen bases. Only the Twins have stolen fewer (just 26!), but when you set the team home run record with a month to spare you don’t need to steal.

Currently, 2019 ranks as the third lowest steal year for the Giants in the San Francisco era. They’re two away from the 2004 Giants, and if they don’t pass them, this will be the worst year for swipes since 1967 when Willie Mays led the team with six. Six!

These Giants haven’t taken a lot of extra bases, but having a lot of steals doesn’t necessarily mean that the team is good at it. A team could lead the majors in steals, but they might have the worst success rate. A success rate below 70 percent usually means that a team is giving up more runs with their stolen base attempts than they are gaining. Maybe the Giants have just picked their spots really well. Maybe they’re a team of Albert Pujolses, clompy guys who haven’t been thrown out since 2015 but are still good for three to four steals a year.

Well, no. The Giants choose their spots… poorly. Their success rate is just 60.3 percent well below the efficiency threshold. By success rate, this is the tenth-worst season in the San Francisco era. They’re not nearly as bad as the 1967 or 1966 team who were thrown out more they succeeded, but they’re still pretty bad.

Looking forward to 2020, I’d imagine the Giants would improve in this area. Full seasons of Steven Duggar and Mauricio Dubón should be enough to get the Giants out of the cellar. (Never mind that Duggar was thrown out five times in six attempts this year). If you’re a connoisseur of steals, there should be more to satisfy you. They couldn’t get much worse, right?

Magic Johnson on Kevin Durant: 'I hope he finds happiness'