Golden Nuggets: Bring on the Steelers 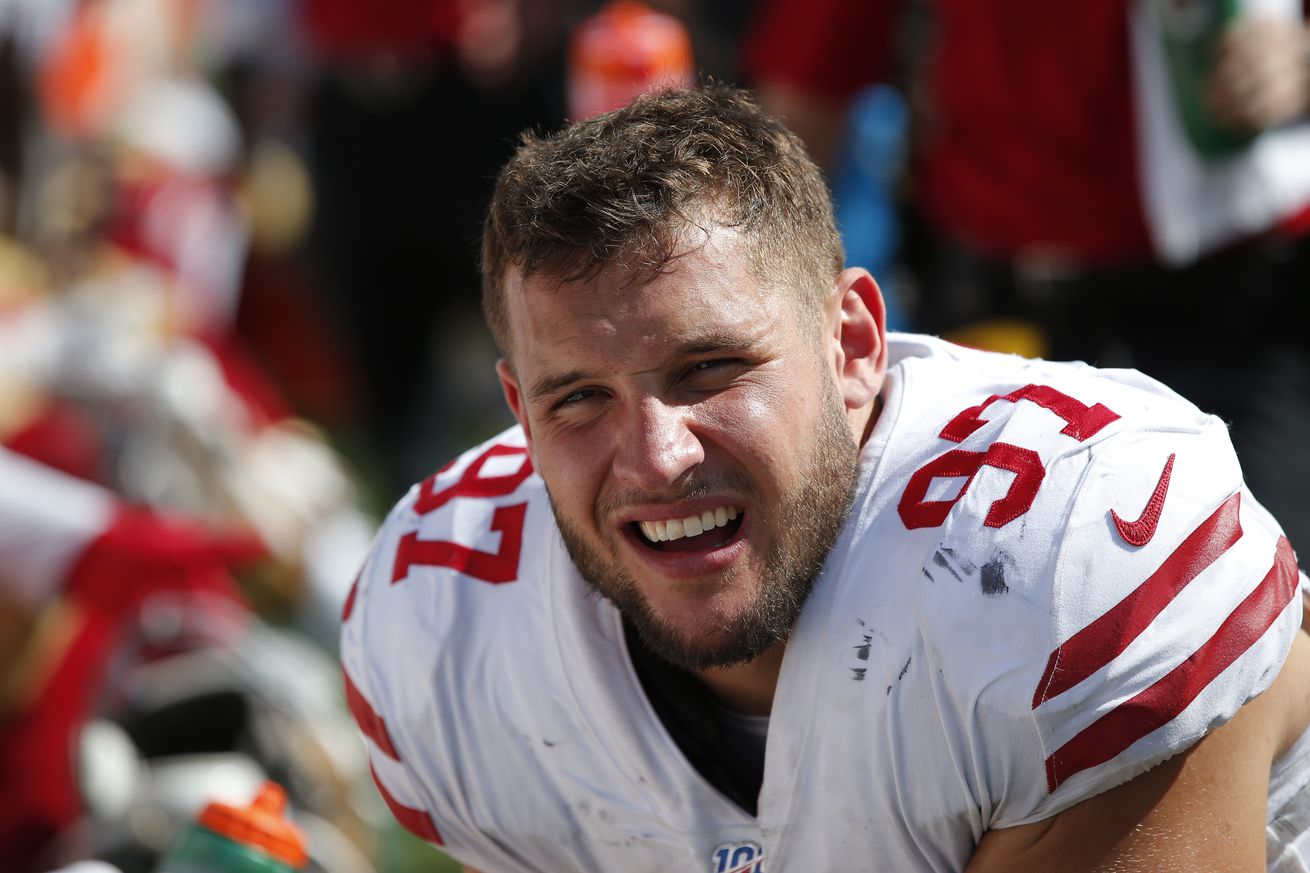 Week 3 is about to arrive and with it, a game that brings more consequences with a loss than it does with a win. The San Francisco 49ers have their home opener against the Pittsburgh Steelers, but if they win, it’s not a game that tells us much. It will tell us it’s the same 49ers squad that beat Tampa Bay and Cincinnati. If they lose, it might tell us they aren’t quite ready yet.

Mason Rudolph has no film and could pull some surprises, but the 49ers should win this game. Of course, the narrative after will be that they haven’t beat anyone legitimate. Just wait. The real tests come with Cleveland and Los Angeles. They lose, they aren’t ready. They win, well,wait and see.

The 49ers really can’t win the situation here, but they can lose. I think they’ll pull this one off, but Rudolph’s lack of film cold be a problem. We’ll see.

With that, I have some links.

Statement game: Beating Steelers would be huge for 49ers (Cohn)

What game tape says about Mason Rudolph, why 49ers’ defensive front is excited for Steelers (KNBR)

Crash course: 49ers’ Justin Skule catching up in effort to fill in for Joe Staley (Wagoner)

Fantasy fallout: How much concern for tight ends such as Kittle, Howard? (ESPN)

Four Downs: Who to Watch for in 49ers Home Opener vs. Steelers (Martin)

What a horrible night to have a curse...