Will the 49ers cover for the third week in a row? 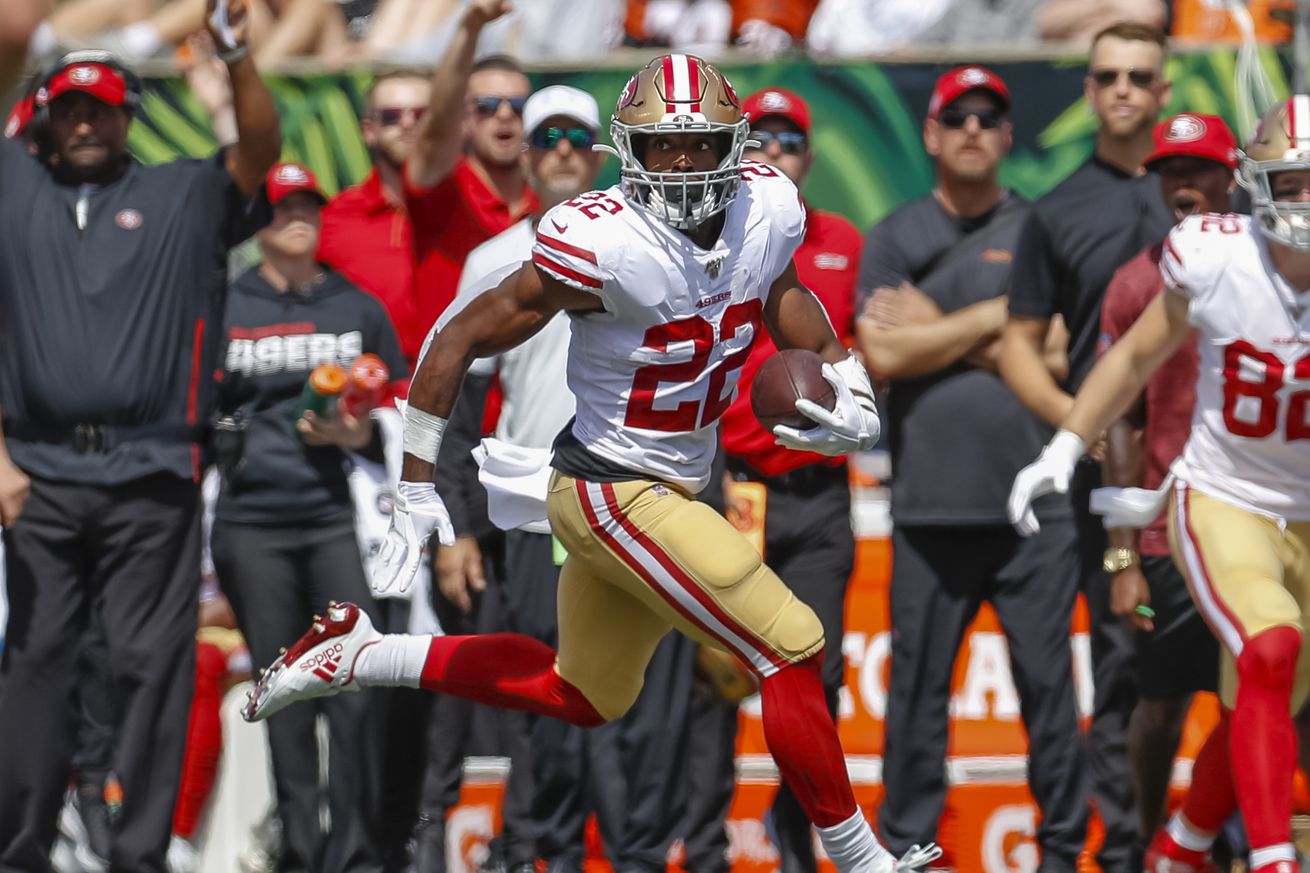 Myself and Fooch are back for the third week to satisfy your degenerate needs. After two weeks, we are both 4-4. The good news, for me at least, is I’ve picked the San Francisco 49ers game and my best bet correct each week. The bad news is the other losses haven’t been close. Here is what we have for you this week.

Editors note: Some of the numbers you may see were opening numbers that may no longer be available

Fooch: I was tempted by the Steelers on this one. Mason Rudolph is a huge question mark, but it makes for an intriguing unknown facing Robert Saleh’s defense. That being said, the news that Dee Ford practiced on Friday and Nick Bosa is feeling good makes me think the 49ers can make Rudolph’s life rough. The 49ers will be without Joe Staley, which is not ideal for the offensive production, and so I think this ends up a game dominated by the pass rushes. I’m taking the 49ers to cover, but I am more comfortable betting under 43.5.

KP: The under feels like the safer play here, but I believe the difference will be turnovers and field goals. A Mason Rudolph interception, and the Steelers stalling in the red zone will be the difference. Fooch mentions Ford, and he’ll be key, but I believe having Jaquiski Tartt available is crucial so he can patrol the middle of the field and eliminate any potential big plays. I say 24-16 with the Niners winning and to cover.

Fooch: I grabbed this line early in the week, and it is now down to five points following word of Alshon Jeffery not practicing at all this week. The Lions have not had the stiffest of competition (thanks to the Chargers injury issues), so the 1-0-1 squad could very well end up being exposed as a fraud this weekend. But I think Matthew Stafford is in line for a quality performance against the banged-up Eagles.

KP: This is my best bet for the week. If I’m the Saints, I roll with Taysom Hill while Drew Brees is out. I don’t see Teddy Bridgewater being able to generate points consistently. The Seahawks are unproven, and I think they struggle early against the Saints pass rush. Seattle is 2-0 with a point differential of plus three. Talk about luck. This has the making of an ugly, low-scoring game.

The Packers are 2-0 but have benefited from some shaky opposing offenses to get to this point. Mitchell Trubisky is regressing from last year, and Kirk Cousins craps the bed in big contests with regularity. They get Joe Flacco, but with two strong defenses in this matchup, this will be a defensive struggle.

KP: This line is down to -5.5 at the time of writing this. I’m fading the Chiefs another week, and if they cover this week against one of the best looking teams in the NFL, I’ll never doubt Patrick Mahomes again. I think this will be the first time we see Lamar Jackson used as a runner in 2019 consistently. I have a hard time seeing the Chiefs being able to slow down the Ravens offense that also features a much-improved passer in Jackson. You’ll never stop Kansas City, but their health catches up to this game as the Ravens cover.

Fooch: I’m betting against Mason Rudolph’s starting debut and for Daniel Jones’ own debut. Considering Eli Manning has played the past couple years with a fork sticking out of his back, Jones is an upgrade. I’m not sold on Jones as the long-term answer, but for a short-term injection of adrenaline, I think he’s going to give the Giants a little bit of life. And frankly, even with the win over Carolina, I’m not remotely comfortable laying nearly a touchdown with these Bucs.

KP: I don’t see how in the world the Jets manage to score more than ten points in this one. Being a divisional game, the Jets should be able to hold the Patriots under 35 points. Ideally, Le’Veon Bell and Robby Anderson are able to break a few big plays to bleed the block. I’m rolling the dice that the Patriots don’t score more than 40, basically. Luke Falk isn’t scoring on this defense twice with a bye week let alone coming off a short week.

ESPN: The Worst NFL Starts Ever