"I always knew my sins would catch up to me." Cinedigm has debuted a trailer for an indie western titled Badland, not to be confused with Terrence Malick's classic Badlands. This Wild West Badland film is the latest from writer/director Justin Lee (Alone We Fight, Swell) and is arriving November. Set after the Civil War, detective Matthias Breecher is hired to track down the worst of the Confederate war criminals. As he roams the Old West seeking justice, his resolve is tested when he meets a determined pioneer woman who is far more than she seems. Starring an impressive cast: Kevin Makely, Mira Sorvino, Wes Studi, Trace Adkins, Bruce Dern, Jeff Fahey, Tony Todd, Amanda Wyss, Ryan Kelley, and James Russo. This does not look good, which is no surprise considering we've never heard of it before. Right in the bargain bin.

Here's the official US trailer for Justin Lee's Badland, direct from Cinedigm's YouTube: 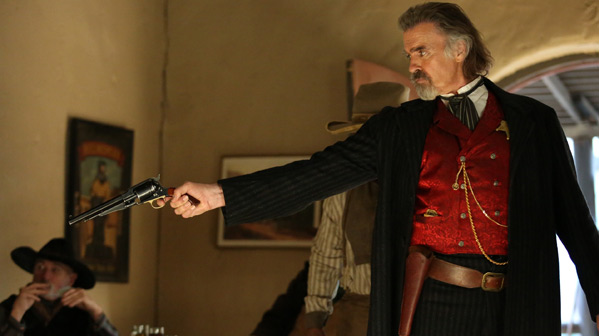 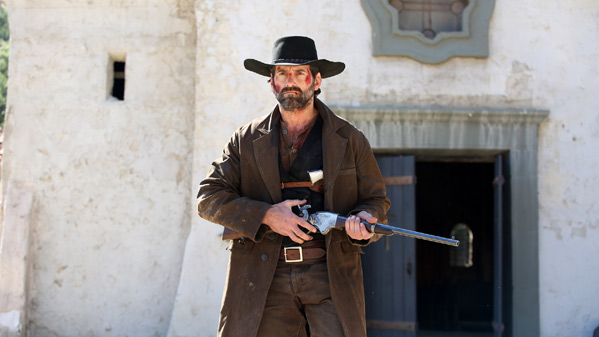 More than a decade after the Civil War, a nation tries to rebuild as an outlaw faction takes root across the West. Gunslinging detective Matthias Breecher (Kevin Makely) is hired by one of the very first African American Senators (Tony Todd) to track down the worst of the Confederate war criminals (Trace Adkins, Bruce Dern, Jeff Fahey). As he roams the Old West seeking justice, his resolve is tested when he meets a determined pioneer woman (Mira Sorvino) who is far more than she seems. Badland is both written and directed by American filmmaker Justin Lee, of the films Big Legend, A Reckoning, Any Bullet Will Do, Alone We Fight, and Swell previously. This hasn't premiered at any film festivals or elsewhere, as far as we know. Cinedigm will release Lee's Badland in select US theaters + on VOD starting November 1st this fall.

WATCH: Too easy for Amari Cooper on this touchdown grab

Ahkello Witherspoon carted off the field