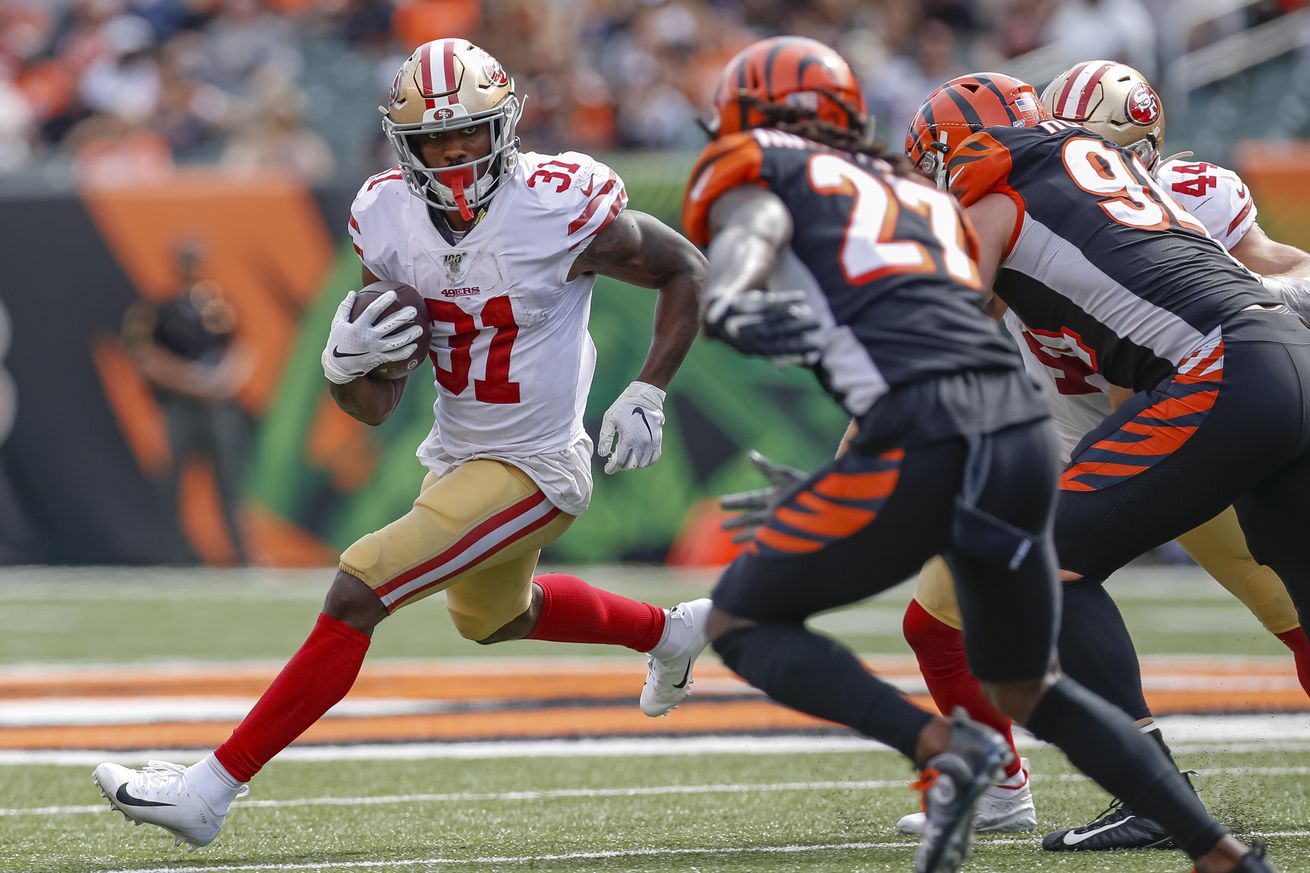 NFL Network’s Brian Baldinger has made a name for himself the past few years breaking down games and highlighting plays from week to week. In this video below, Baldy goes over the San Francisco 49ers offense and their “chunk plays” they had against the Bengals.

The first play is the initial touchdown to WR Marquise Goodwin running Kyle Shanahan’s “leak” concept, where you have a receiver go from one side of the formation to the other, but the use of play-action allows him to go unnoticed by the defense.

The next play Baldy breaks down is the screen that goes for a touchdown to Raheem Mostert. That was Shanahan calling a screen at a perfect time. Right around midfield is typically the best time to call that. It’s a “safe” version of a shot play. For whatever reason, defenses have not been able to catch on. That is the area of the field where some of the better offenses in college football call the screen. The 49ers were able to get three blockers down the field to account for each Bengals defender, and that’s all it took.

The next play might be my favorite. This is the throwback screen to Deebo Samuel. You’ll see in the video that there are Bengals defenders running into each other. Motion really screws with defenses. In this example, Cincy is a bunch of chickens running with their heads cut off.

The following play is the route that Shanahan said was the best route Samuel has run since he became a 49er. It’s a shot play, with max protection. The play puts the free safety in a bind. If the safety runs with Goodwin on a post, then that leaves Deebo open on the dig. If you dive on the dig route to Samuel, you’re leaving a cornerback 1-on-1 to run with an Olympian and a lot of grass. The safety was going to be wrong either way, and that’s the beauty of this play.

The final play is a simple clear out concept for another big play. Man, what a game-plan. Here is the video below. It’s great.

Monday Night Football Thread: Has Trubisky made the Bears unwatchable?