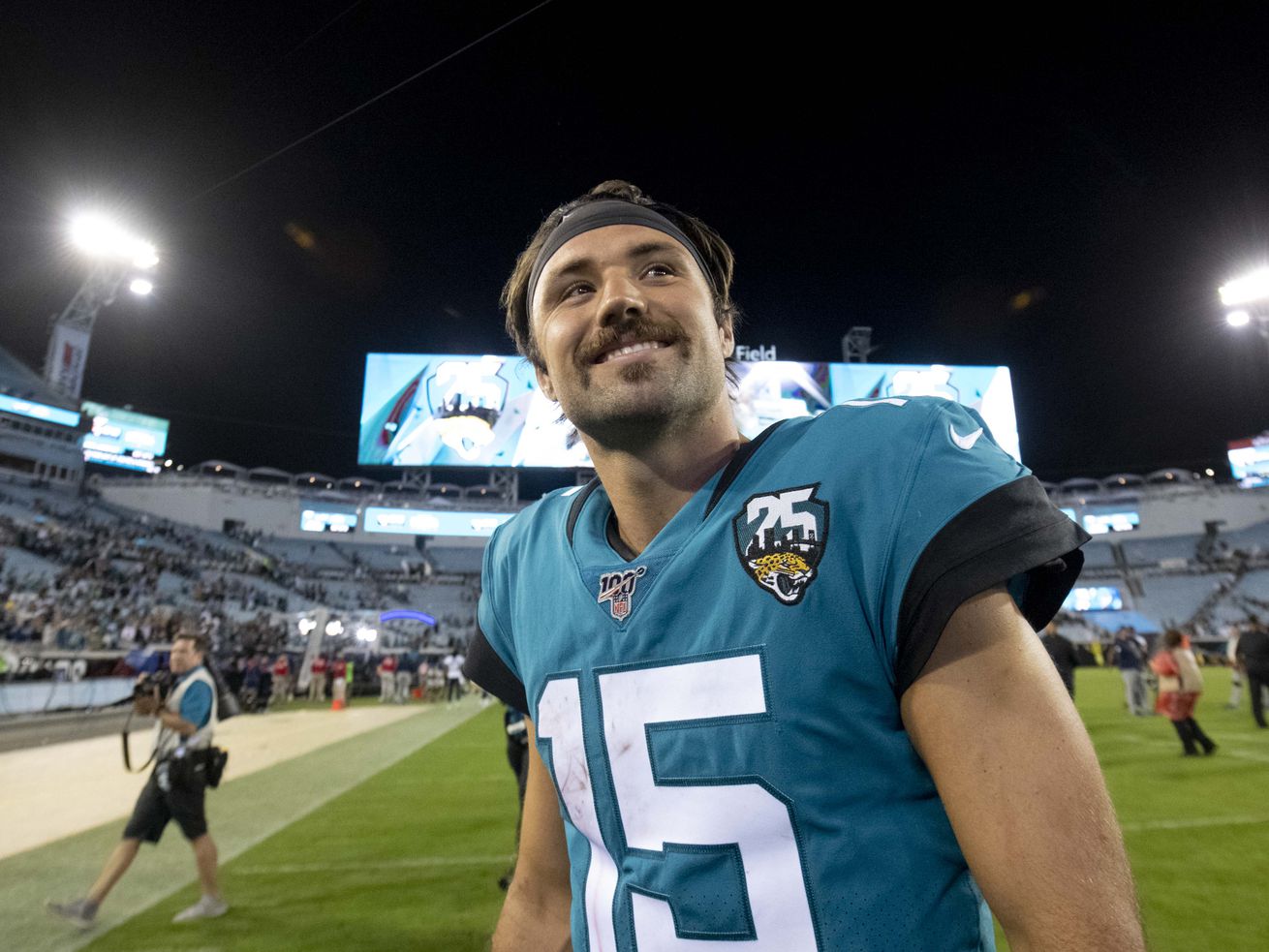 The rookie passer turned in his third impressive performance in a row, dispatching the Titans 20-7

In the first quarter of Thursday night’s Jaguars-Titans game, the camera cut to Gardner Minshew II’s dad in the stands, looking exactly how Uncle Rico thinks he looks:

Broadcaster Joe Buck called Minshew’s father “Gardner Minshew the Original,” and it was a moment made for Twitter snark. Because as anyone who spends way too much time on football Twitter knows, Minshew—currently the coolest quarterback in the league—wasn’t actually named after his dad. There is no Gardner Minshew I. Minshew’s dad’s name is Flint.

Except … it turns out that isn’t true. A little digging reveals that Minshew’s dad is actually named Gardner. As the Moscow-Pullman Daily News reported on the then–Washington State passer in 2018, “His father, a general contractor in Mississippi, goes by his middle name, Flint, but his real first name is Gardner.” The mixup likely occurred because of a game-of-telephone-like mutation of another fact about Minshew’s name: Minshew is a “II” and not a “Jr.” Why is that? As Flint Minshew explains in a 2018 story in The Lewiston Tribune, Gardner’s mother “didn’t want him to be a Junior … because down here in Mississippi, if you’re a Junior, you’re probably either called Junior or Bubba.”

So there is a Minshew I. Suddenly Minshew II seemed 20 percent less cool.

Well, don’t worry. Minshew II earned back that 20 percent of coolness and then some on Thursday Night Football. In his third consecutive impressive performance, Minshew completed 20 of 30 passes for 204 yards, two touchdowns, and zero interceptions in Jacksonville’s 20-7 win over Tennessee. That brings his season-long statline, accumulated in nearly full three games after starter Nick Foles broke his clavicle in the first quarter of Week 1, to 65 of 88 (73.9 percent) for 792 yards (9.0 per attempt), five touchdowns, and one pick. In a league with Kyler Murray, it’s a different short, Air Raid–trained passer who has been the league’s most impressive rookie so far. This one happens to be a naked-stretching, mustachioed, sixth-round pick who looks like a character from Everybody Wants Some!!

Minshew immediately jumped out in this game. After a Titans muffed punt helped set him and the Jacksonville offense up for an easy play-action score to go up 7-0, Minshew dropped this dime on his next drive:

That led to a perfectly placed ball to second-year pro DJ Chark in the end zone for a 22-yard score:

He connects with @DJChark82 for another @Jaguars TD!

Chark and Minshew have developed a connection over the first three weeks of the season; the receiver caught four of his five targets for 76 yards, including the above touchdown. That performance also included this impressive throw down the sideline in the third quarter:

To be fair, Minshew and the Jaguars slowed down as the game went on. They failed to find the end zone in the second and third quarters and had five consecutive drives that failed to accumulate more than 17 yards of offense. Not all of that was on Minshew: Wideout Dede Westbrook dropped three passes in the game, including a beautiful third-quarter rainbow from Minshew that should have been a touchdown:

Despite the drop, it’s in the running for the best throw Minshew made all night, and it illustrates why his recent performances may be more than flashes in the pan. While Minshew has dinked and dunked some in the first two games (coming into Thursday, he’d gone deep on just 8.6 percent of his attempts, tied for the sixth lowest in the league among 33 qualified passers, per Pro Football Focus), he showed on Thursday that he’s capable of making downfield throws. Minshew now has the best passer rating ever for a rookie through his first three games (please disregard the second-place quarterback).

Adding to the impressiveness of Minshew’s night is that he did it with virtually no rushing attack. Leonard Fournette had negative rushing yards until the last five minutes of the game, when he broke off a 69-yard run. But with Fournette consistently getting taken down in the backfield before that, Minshew faced plenty of long downs-and-distances that he had to get the offense out of.

It’s early in the season, and Minshew is a sixth-round pick. Outside of one incredibly famous example, sixth-round quarterbacks don’t usually work out. But for now, Minshew is giving the Jaguars something they haven’t had in years: a passing attack worth getting excited about.

Don't know who needs to see this but pic.twitter.com/qulD5QxPDT

Identifying the X-Factors for the 49ers in Week 3 vs. the Steelers

What we need to see from the Cowboys against the Dolphins