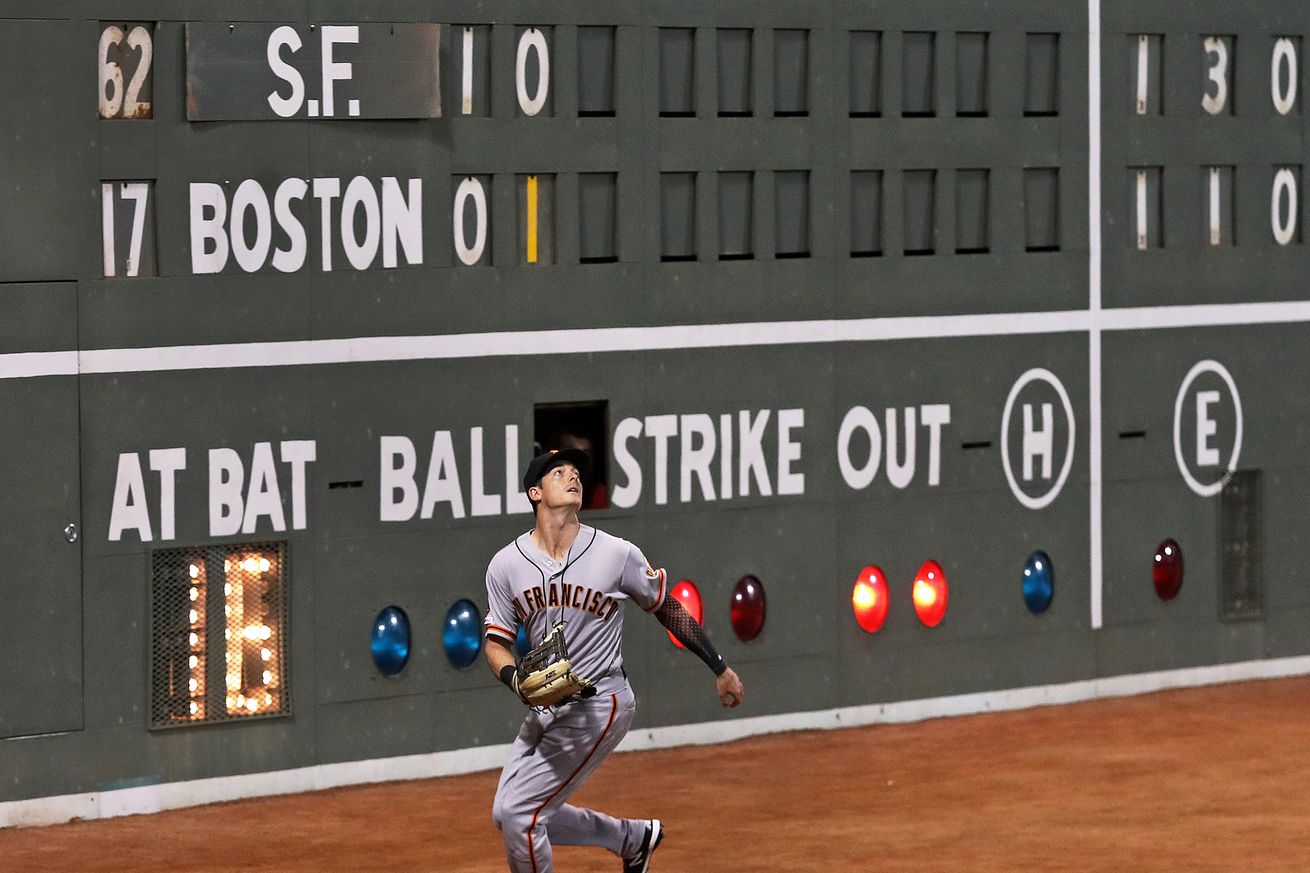 Although the Giants may have lost the final game, the Red Sox series leaves us with good memories, for maybe the first time since Mac Williamson’s first career home run. Mike Yastrzemski got to hit his 20th career home run in the park where his grandfather played, he got to catch Carl’s ceremonial first pitch, Bruce Bochy got his 2,000th win, and Kerry Crowley got a tour of the Green Monster with Bochy himself.

How much does Bruce Bochy cherish the game of baseball? We finished our pregame session and @KO_Crowley mentioned he hadn’t been inside the Fenway scoreboard yet. “Let’s go,” Bochy said. “You’re coming with me.” And they went. pic.twitter.com/dDmmyX7pMO

Crowley wrote about the experience over at The Mercury News. It was another small glimpse into what it’s like to be Bochy as he approaches the final games of his career, sneaking time away to take it all in one last time, while passing the experience on.

On the other end of the spectrum, yesterday’s flight was apparently the rookie hazing trip. And I appreciate that once again they’ve opted not to go down the tired and lazy route of making them dress up like women. Instead, this year’s group gets to dress in what was described by Andrew Baggarly as “Reno 9-1-1 inspired.”

As of writing this Thursday afternoon, there are not yet pictures. But if there are by the time this publishes, please share as many of them as possible in the comments.