The Giants club of ones for the decade 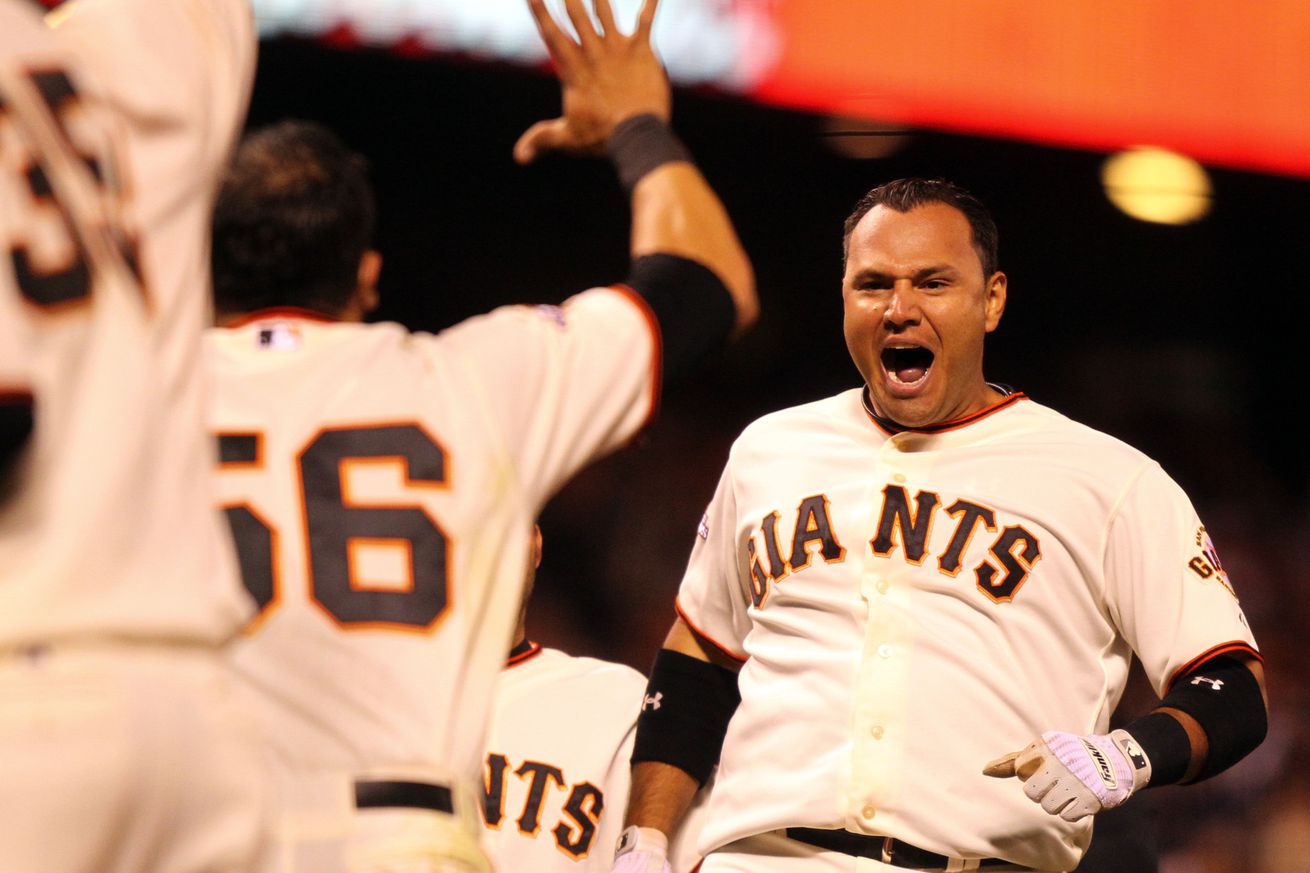 What Giants have only one plate appearance, one hit, or one home run this decade?

The other day I was browsing the San Francisco Giants Baseball Reference page, something I do with alarming regularity, when I realized that Cristhian Adames had only one plate appearance for the team.

I struggled to remember whether Adames had been caught in the middle of the Giants record-setting roster shuffle and already waived, or if he was still around. For a few moments I thought the former, and figured Adames’ Giants tenure would end with one measly plate appearance. He’d be gone but not almost certainly forgotten.

By the end of the day, Adames had played an entire game, and added five plate appearances and a trio of hits to his Giants résumé.

Come on, Cristhian. Won’t you think of the poor writers with weird stories to write?

Any way, it got me wondering. What Giants this decade have received the Aaron Altherr treatment, making only one plate appearance for the team?

I don’t mean a September call up who made one plate appearance and then returned the next year to get 200 at bats. I don’t even mean a Darren Ford situation, where he stole two bases, got caught stealing once, and scored a run as a rookie . . . without ever stepping foot in the batter’s box (but still finished his career with 16 plate appearances).

I mean players who had one plate appearance with the Giants, total. Never to be seen or heard from again. But ignoring pitchers, because that isn’t really in the spirit of what I’m trying to accomplish here.

So without further adieu:

Players with one plate appearance for the Giants this decade

That’s it. That’s the entire list. Now you see why I called it the Aaron Altherr treatment, yeah?

Okay, well, that was a pretty pointless article, wasn’t it? So let’s expand our search, and look for the players who have exactly one hit. Again, not just in one season, but in their entire Giants tenure.

Players with one hit for the Giants this decade

And that’s it! Just five!

I’m not really sure you can display the difference between Farhan Zaidi and Bobby Evans more explicitly than in the two lists I’ve shown you.

Also, you’ll notice Mike Gerber is on this list. Gerber is currently on the roster, meaning he has nine games (and potentially future seasons) to remove himself from this list. In other words, you may be thinking that I should have sat on this article for two weeks, and written it when the season and decade end. You would be correct.

But alas, I have a few glorious months of freedom remaining before turning 30, at which point I’ll have to figure out how to do adult things like “plan” and “schedule.” Until then, I have absolutely no way of reminding myself to do something two weeks, and I didn’t want this article to get lost.

Moving on. Having only five players on this decade list wasn’t very inspiring, so let’s expand a little further. What about the Giants who have hit exactly one home run in orange and black?

Ready for some names that you’ve completely forgotten about, possibly so much so that even seeing them in this article isn’t enough for you to remember that they played for the Giants?

Players with one home run for the Giants this decade

Just look at those names!

The Giants have employed at least one player every year of the decade, who hit one home run with the team and then vanished into the mist.

Except for Chris Shaw, who has yet to vanish into the mist. Shaw hit a dinger last year, and has yet to do so this season.

There’s a decent chance Shaw will stay on this list. The front office didn’t appear super high on him this year - after Shaw entered spring training as one of the favorites to earn a starting job in the outfield, he was instead sent to AA to start the season. He did what the organization asked of him, but still didn’t get called up until rosters expanded. His playing time has been sparse since arriving.

He still has options, so it’s not like the Giants will waive him, but he could be the Tyler Herb to next year’s Mike Yastrzemski. Which would be fascinating. Shaw spent a few years as one of the organization’s top prospects (admittedly in years where that wasn’t saying much), and he was considered so because of one reason and one reason only: His ability to hit home runs.

He’s hit 109 home runs in the minor leagues. Aww. How perfect. It would be kind of weird/funny/sad if he ended his Giants career with all of one dinger.

Joey Rickard may get himself off this list too, and there’s always the chance that someone pulls a Conor Gillaspie. Gillaspie would’ve made this list from 2011 through 2015, before returning in 2016 and popping a few baseballs over the fence.

So hey, maybe a 45-year old Erik Kratz will hit a dinger for the Giants in 2025. It could happen.

Before I let you leave this long and useless article behind, I was today years old when I realized that Guillermo Quiroz only had one home run with the Giants. Which means Guillermo Quiroz is the unanimous winner of the franchise award for making your home runs count.

Audibles at the Line: Week 3